Home Tech Neil Druckmann commented on the debate in Fallujah 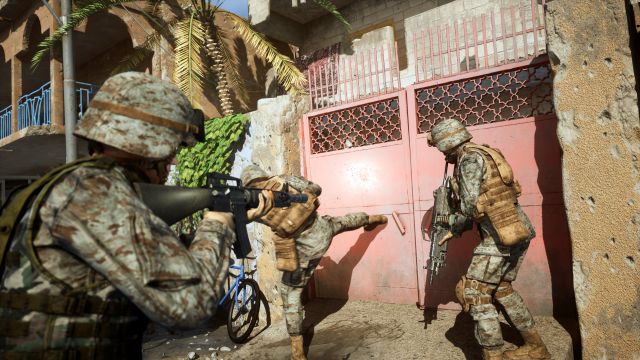 The director of The Last of Us Part II offers his point of view on what hapened with the title of Peter Tamte. For Druckmann, there is a political component.

Neil Druckmann, director of The Last of Us Part II and co-president of Naughty Dog, has expressed his opinion on the social network Twitter about the controversy generated by the video game Six Days in Fallujah, a title surrounded by controversy that seeks to go on sale after being canceled originally by Konami, precisely, for wanting to narrate the Iraq War from the point of view of the US military. Although the study assures that it does not try to seek “political comments”, Druckmann has taken a position: if there are serious issues, there is a political component.

“If your game is about serious issues, then it is inherently political,” he comments. “If that’s problematic, create a different game… If not, you owe it to yourself to throw yourself into your game, doing your best to treat it as honestly and completely as possible. With all its flaws, ”he asserts. The message, with more than 19,800 ‘likes’, is having a great impact on said social network.

What’s going on with Six Days in Falllujah

The news jumped on February 11: Six Days in Fallujah revived. The cancellation of the video game by Konami dates back more than a decade, but now it will be Victura and Highwire Games who will try to shape this tactical military shooter in the first person; if all goes well, this year 2021 on both consoles and PC. So far so good, but what is the problem then?

Six Days in Fallujah is based on the second battle of Fallujah, called Operation Al-Fajr or Phantom Fury, and is part of one of the most delicate political and armed conflicts of the contemporary era; a confrontation where the United States, appointed by the Iraqi interim government appointed by themselves and led by Marines, clashed with Iraqi insurgents in Fallujah. The result was thousands of deaths for both commanders, thus leaving the Iraq War as one of the most tense conflicts of this century.

Peter Tamte, former CEO of Atomic Games and now head of the project, intends to retake the title and release it for sale this year. Given the controversy, they have refused to consider it “a recruitment tool.”

Support to the health sector from Fiat Chrysler!