Home News Negotiation statement from Ukraine: We had some positive results 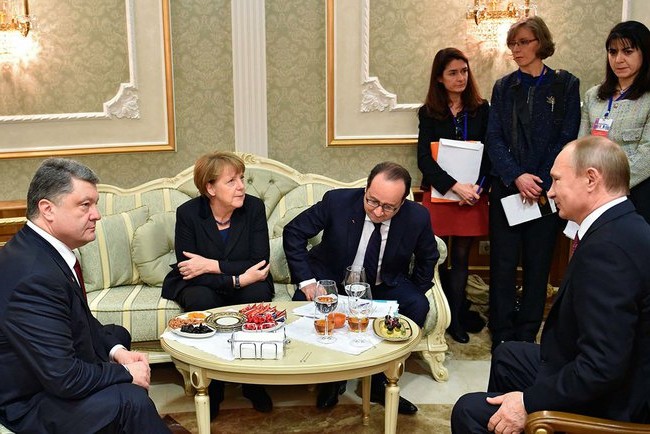 On the 12th day of Russia’s military operation in Ukraine, the third round of negotiation talks in Belarus came to an end.After the meeting held at a residence in the Belovejsk Forest region of Brest, which borders Poland and Ukraine, the Ukrainian delegation returned by helicopter.

In his statement on his social media account, Podolyak stated that the third round of negotiations has ended and that there are positive developments regarding the humanitarian aid corridors. Podolyak said, “We have had some positive results on the corridors. Changes will be made in them and we will get more effective help to people.”

Podolyak emphasized that the third round of negotiations between Russia and Ukraine has not yet brought significant results that will improve the solution of the situation.

Medinskiy stated that they also consulted on military and political issues, but stated that the negotiations progressed with difficulty. “For now, it’s too early to talk about positive things,” Medinskiy said.

Noting that they brought documents containing a draft agreement to the negotiations, Medinskiy said, “However, the Ukrainian side took all these documents for analysis, could not sign anything. They said that they would probably return to this issue at the next meeting.”

Noting that the negotiations between Russia and Ukraine will continue, Medinskiy said, “Our expectations from the negotiations were not met. However, I hope we will take more meaningful steps next time.” said.