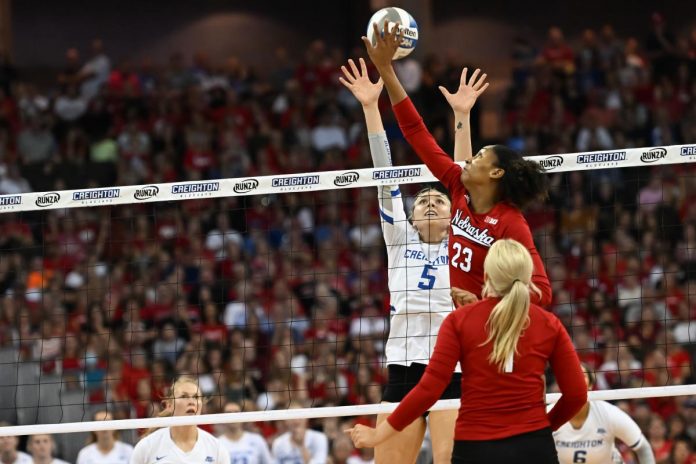 Nebraska sports fans have always been very attached to their volleyball program. They have become so enthusiastic that they are even starting to break NCAA records.

Last night, Nebraska broke the record for the most spectators at a volleyball match in NCAA history when they met with a rival from Creighton State. 15,797 fans watched from CHI Medical Center in Omaha as the Huskers beat the Blue Jays.

CHI Medical Center in Omaha has a reputation for record attendance. But Nebraska itself has been the center of many NCAA records.

The school noted that the Huskers participated in the 13 most attended regular season games in NCAA history.

Nebraska has been the national center of women’s volleyball for decades. While head coach John Cook took them to new heights with four national titles and three more trips to the national title game, the Cornhuskers have been a force in the sport since the program’s inception in the 1970s.

The Huskers are one of five teams that have had a perfect season and set many records, including total wins, consecutive winning seasons, assists in one match and blocked shots in a set for the season.

If Nebraska makes the NCAA title game again, tens of thousands of spectators will gather to watch.

Will Nebraska break any more records this season?