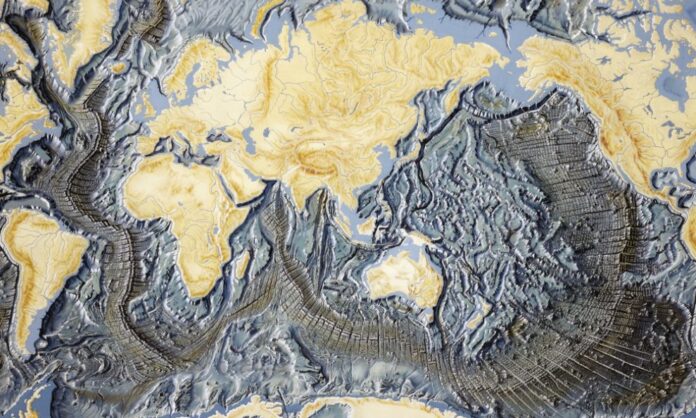 Thanks to the Seabed 3030 Project, which set out to map the base of its oceans in the world, 19 percent of this base was mapped. When the project started 3 years ago, this rate was only around 6 percent.

As humanity, we know much more about the surface of the Moon than on the oceans of our Earth. However, it seems that this situation is changing now. With the new work of scientists from the Seabed 3030 Project, 19 percent of the ocean floors were mapped. When the Seabed 2030 Project was launched in 2017, this rate was only 6 percent.

A fairly significant portion of the new data came from approximately 5.6 million square miles (approximately 14 million square kilometers) collected by the network of project partner GEBCO. According to Seabed 2030, this number corresponds to almost twice Australia’s. 133 contributors, partners and supporters assist the Seabed 2030 initiative. Some of the data, including the latest data from GEBCO, were publicly available but were not transferred until recently.

The organization leaders of Seabad 2030 make use of crowdsourced ship data and even robotic mapping boats, among other things, to fill the gaps. Despite all this, there is still more work to reach the goal of mapping everything by 2030, and most of them will be done in the deep seas.

Despite all this, a complete map can be useful at many levels. Mapping the ocean floor can improve humanity’s understanding of the oceans (and tsunamis with waves), help make marine life populations sustainable and even support the placement of underwater data cables. If Seabed 2030 can protect the environment and improve data access for everyone, it may be worth the time spent on the project.

Seabed’s mapping rate last year was 15 percent. The remaining 81 percent area that needs to be mapped in the next 10 years is about twice the size of Mars’ surface. While we still do not have direct echo sounding in many regions, this does not mean that we have no knowledge of these regions. Shots from satellites in space provide us with important information about these unmapped ocean floors.