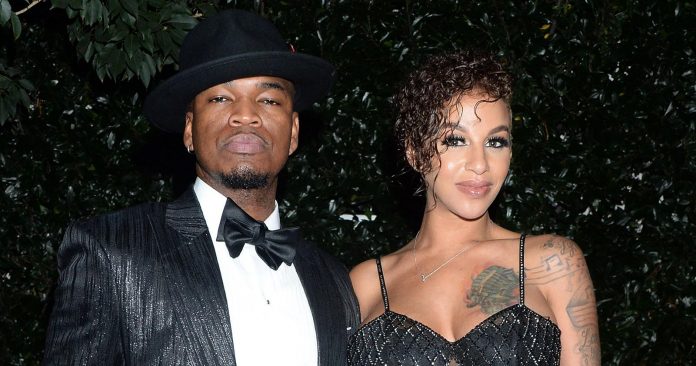 Ne-Yo’s wife, Crystal Renee, said in an emotional statement that her husband had cheated on her.

The loudest scandals with celebrity infidelities!

“8 years of life and deception. 8 years when I unconsciously shared my life and my husband with numerous women who sold their bodies to him unprotected… with every single one,” the 36—year-old model wrote on Saturday, July 30, in her Instagram statement. “To say that my heart is broken and I am disgusted is to say nothing. Asking me to stay and accept it is absolutely insane. The narcissist mentality.”

In her post , she added: “I will no longer lie to the public or pretend that this is not the case. I choose myself, I choose my happiness and health and my respect. Thanks to this, I got three beautiful children, but nothing but wasted years and mental suffering.”

Renee, who originally married the 42-year-old “Miss Independence” pop singer in 2016, also asked her social media followers to “stop sending” her videos or information about his alleged cheating because “what he does doesn’t concern me anymore.”

Star couples who changed their minds after filing for divorce

She noted: “I’m not a victim. I prefer to stand straight with my head held high. If someone can’t love you the way you deserve, then it’s up to you to love yourself. There is no hatred in my heart, and I wish him only the best.”

“For the sake of our children, my family and I will solve our problems behind closed doors,” Ne—Yo tweeted. “Personal questions are not intended for discussion and analysis in public forums. I’m just asking you to respect the privacy of me and my family at this time.”

Star Couples who stayed together after Cheating scandals

The Arkansas native and Renee previously renewed their wedding vows earlier this year at a ceremony in Las Vegas. “💍Again…🤴🏿👸🏽,” the musician signed his April post, confirming the news.

“It is slowly but surely becoming public knowledge that my wife and I have decided to go ahead and get divorced,” the World of Dance mentor, who also has two children with ex—fiancee Moniette Shaw, said in a “Private conversation with Alexis.” Texas” in February 2020. “It’s not sad, it’s more of us realizing that — in short, I will never speak ill of her. I’m not that person. Nothing bad can be said about her. She’s a fantastic woman. She is the mother of my children, and she will always be, and I will always respect her.”

At that time , he continued: “In short, she has demons, just like everyone else, just like me. We understand that our demons do not come together, and until we both take up our personal demons, it will be difficult for us to stay married.”