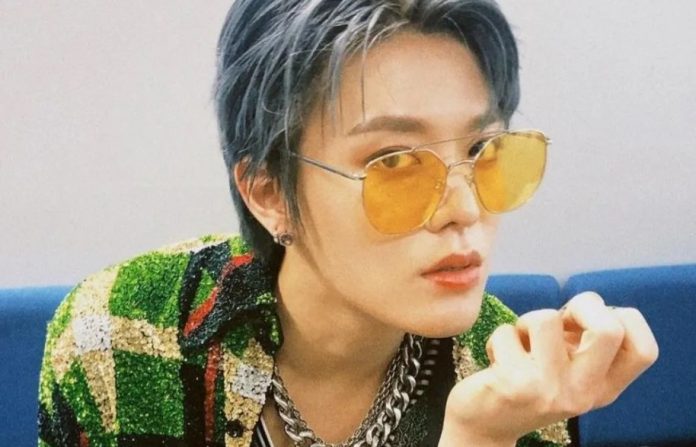 NCT’s Yuta shares various thoughts with his fans through his Japanese radio show, his favorite music, and how it feels to be an adult idol.

NCT’s Yuta shared with his fans a reflection on life, age, and the passage of time when you’re a K-pop idol, and he’s excited to see his fellow members grow up.

SM’s group culminated with the promotions of their project “RESONANCE”, so the NCT 127 subunit is preparing for their next Japanese comeback with the album “LOVEHOLIC”, in addition, there are plans that this 2021 will debut new members and a new group. Yuta decided to reflect on the latest events in his life.

Through the radiko.jp platform, Yuta premiered a new episode of his radio program “YutaAtHome”,project that started a few months ago and which he hopes will be long-term The idol shared some of his favorite songs of the moment, as well as taking a couple of quizzes with his fans.

The member from Kadoma, Japan, has shown his facet as a weekly announcer, creating a space where he can share anecdotes with NCTzen, as well as his musical tastes or reflections on life, since he is currently a 25-year-old boy and considers time it is something to be valued.

In the radio broadcast, Yuta shared his thoughts on being a 25-year-old boy and believes that time passed very quickly for him, so he advised fans to value the moments that are lived since he believed that he would never grow old, but they have 10 years since his teens.

He also congratulated his colleagues and fans who will become adults soon, because reaching the age of 20 is considered a new stage of maturity and growth for young people, he received messages for his “coming of age ceremony” and hopes that everyone else can work hard.

However, despite his adulthood, Yuta has been able to get along with younger boys, like Shotaro,With whom he has spent video game afternoons, he was also happy that he and Sungchan were able to experience their first SMTOWN concert.

The one who also reflected on his stage in life was Jisung, the idol of NCT Dream relived the most important moment of 2020 and how it feels to be a 20-year-old adult.