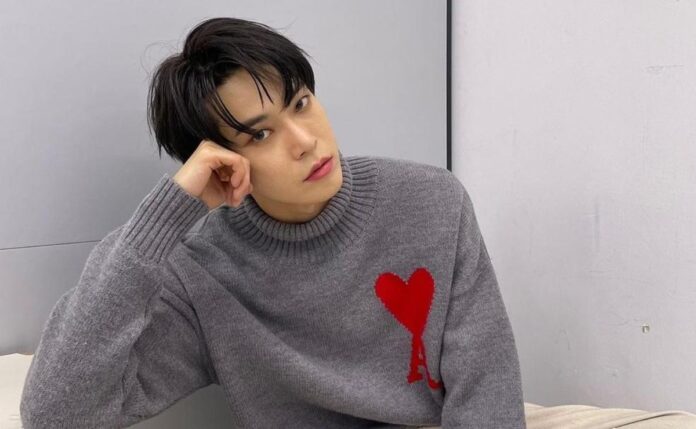 NCT’s Doyoung had a funny reaction when he found out how old he is now, the 25-year-old idol met a fan who made him feel very old.

The K-pop project of the SM agency culminated with the promotions of “Resonance”, part 1 and 2, the boys created a remix that merged “Work It”, “90’s Love” and “Make a wish” for their more recent MV. Now, it seems like they are preparing a new group project and Doyoung decided to take some time to hang out with his fans.

Through his personal Instagram account, NCT’s Doyoung held a live broadcast to hang out with NCTzen, as well as testing his new cell phone. The idol came back from a recording, but some of his classmates were still busy, he did not reveal what it was about, but when he returned to the bedrooms he decided to have a night talk with them.

The idol wore an outfit consisting of a gray hoddie, dark hair and glasses, danced to his favorite Girls Generation song and answered some questions that came to him through comments; However, he was surprised by the fact that there are fans who were born after the year 2000 and became NCT fans.

DOYOUNG IS SURPRISED AT HIS CURRENT AGE

During Doyoung’s live, a fan made a joke on him, she asked him that as a Christmas gift she wanted him to call her “nonna”, an older sister in Korean, since she is currently 13 years old (14 in Korean age) and it was a dream for she feel grown up for once.

Doyoung was surprised to have fans who were born in 2007 and his head began to make mental calculations to discover that since he was born in 1996, 24 years have passed and now he is a boy of 25 (Korean age), the The discovery surprised him and NCTzen joked about feeling old. LOL

The idol made a funny expression and opened his mouth in surprise, then sighed and dropped his shoulders as he realized that it had been a long time since he was the same age. There is no age for K-pop, although Korean stars spend much of their teens training and the passage of time passes in the blink of an eye.

Another of the NCT boys who caused excitement in NCTzen was Yuta, the idol was selected in the annual list of the moments that defined K-pop, because his piercing in the navel marked a new fashion trend.