Home Celebrity NCT: What happened to Doyoung, Johnny, Mark, and the earthquake alert? 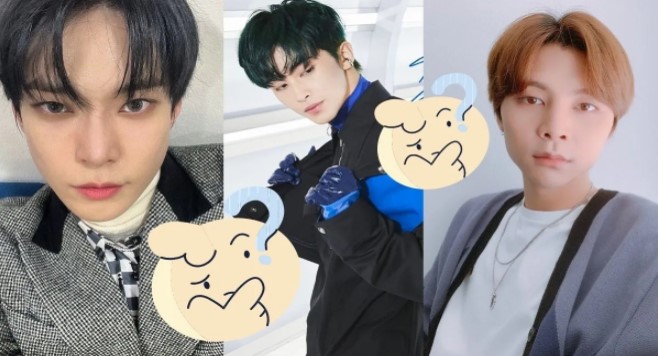 NCT’s Johnny, Mark, and Doyoung offered their public apologies after reacting to the earthquake alert on a live show, some netizens criticized their behavior. What happened?

The members of NCT 2021 just released their third group album Universe, promoting with the songs Let’s Play Ball and Beautiful, reaching the top spots on the charts in South Korea and internationally.

But amid the celebrations for their recent comeback, criticism from social media users rained down on Johnny, Mark, and Doyoung for the attitude they took on a live broadcast where the earthquake alert was heard.

In the countdown to the release of Universe and the MV Beautiful, one of the band’s idols received a notification on his cell phone for a 4.9 magnitude earthquake alert on Jeju Island.

Johnny, Mark and Doyoung sang a little of the song Earthquake (translates as earthquake), this is part of the record material they were promoting, some of their colleagues asked them to stop and the live continued normally.

The wave of criticism and negative comments was immediate, shortly after the singer and the SM rappers shared their individual apologies for the way they reacted to the earthquake alert.

I am very sorry for my rash actions during the comeback live. In the future, I will be more careful with my thoughts and actions. I am so sorry. I want to apologize again to those who were uncomfortable with my behavior.

I want to say that I am deeply sorry for the image I showed of myself during the live broadcast for the comeback. I am sorry that I misjudged the situation and acted carelessly and hastily. I will reflect deeply on myself and work hard not to show such behavior again.

The fans asked that the actions of the NCT boys were not a reason for hateful comments, explained that they were confused, acknowledged their mistake and apologized, and also endorsed their support and love for each of them.

Hey NCT’s Doyoung fires his brother Gong Myung for his entry into mandatory military service, how was this emotional moment?

The Hunger Games saga will have a prequel