Home Celebrity NCT V, the new subunit could debut in 2021 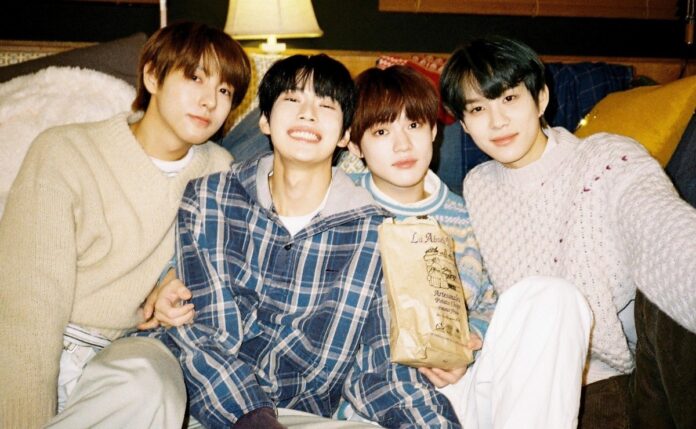 The New Culture Technology group could launch one more subunit among its ranks, an Instagram user revealed that he was preparing to debut on NCT V. These are Yuchan’s statements.

2020 represented a great year in NCT’s music career, the 23 idols from the official line-up joined their voices in two record materials that had a lot of impact within the industry and registered a huge number of sales internationally.

Some time ago, SM Entertainment reported that they would prepare two more sub-units to join NCT, the project would be bringing together several trainees from the agency, ready to enchant the public with their personality and skills on stage.

An Instagram user named Yuchan revealed some details of the new NCT subunit, the group will supposedly have 7 members, all trainees were allowed to have personal social networks, which caught the attention of Internet users, since the SM agency did not allow that their artists had accounts before their debut.

WHEN WILL THE NCT V SUBUNIT DEBUT?

Through Instagram, Yuchan opened a question and answer session, where he answered the doubts of the followers, the supposed trainee clarified that he would debut in the NCT V subunit, in his profile several clips of him dancing in the iconic rooms were appreciated company trial, that reinforced his statements. The videos were deleted.

Fans began looking for the profiles of the other 6 members, as they began to have many questions about the concept of the band, the nationalities of the trainees, and their physical appearance. One of the last activities of NCT members in 2020 will be the online concert Beyond LIVE – RESONANCE Global Wave, which will be held on December 27 through the VLive app. OMG!

Some rumors suggest that the boy group show will present the new NCT V subunit, these are only speculations that circulated on social networks and that were not confirmed by the artists’ entertainment agency.

Reactions on platforms and online communities were swift, NCTzen from all over the world posted happy and enthusiastic messages, they look forward to welcoming more idols into the great family of New Culture Technology.

Recently, it was reported that Taeyong would not be participating in the Beyond LIVE – RESONANCE Global Wave conversion due to injury. Don’t leave Rex Nation without knowing all the details of the K-pop idol’s health.