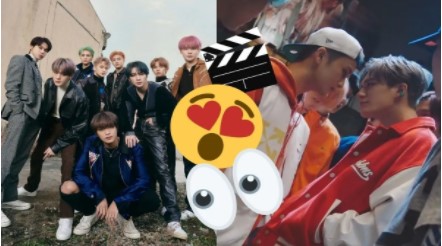 NCT U is the unit in charge of the theme Universe (Let’s Play Ball) and the boys have already revealed a little of what NCTzen will be able to see in the official MV, such as scenarios, looks, an extract of the choreography and the hit that premieres in December.

NCT’s 2021 group comeback with their third full-length album Universe is on the way, while the sub-unit members have delighted fans with group and individual teasers for their songs.

The title track of this comeback is Universe (Let’s Play Ball) by unit NCT U, with the release of individual and group photos, now it’s time for the MV teaser, what details stand out from the spoiler?

Through SMTOWN’s YouTube channel, the first MV teaser for Universe (Let’s Play Ball) has been released and although the clip is 20 seconds long, these are enough to uncover a couple of comeback secrets.

Apparently, the video will have a sporty concept, but at the same time rude and rebellious, with urban settings, perfect for singers and rappers to show the best of their dance steps.

The MV of Universe (Let’s Play Ball) promises to be one of the most successful comebacks of 2021 and it shows in the joy of NCTzen for this new advance, which 2 hours after its premiere already has more than 305 thousand reproductions, 132 thousand likes and thousands of messages in the comment box.

NCT 2021 RELEASE CALENDAR FOR THE UNIVERSE ALBUM, ITS COMEBACK

NCT U will be at the 2021 MAMA awards to present Universe for the first time and live (December 11), but December 10 at 6:00 PM (Korean time) is the pre-release of the theme. Until December 14 you can listen to all the songs from the Universe record material.

Hey Another of the K-Pop bands preparing their comeback is… ATEEZ previews more of The Real and their official MV in a new teaser, what will your concept be? : 0

Laeticia Hallyday and Jalil Lespert are in heaven with Joy!

What was the character of actor C Thomas Howell?