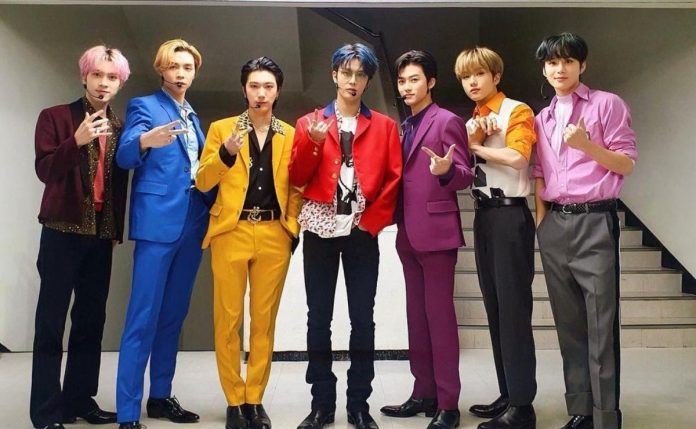 On December 31, 2020, the free concert SMTOWN LIVE Culture Humanity was held, the artists of the SM Entertainment family offered an entertaining and musical show.

All NCT sub-units performed the performances of hit songs like ‘Kick It’, ‘Work It’, ‘Make A Wish’, ‘From Home’, ’90’s Love’, ‘RESONANCE’ and ‘Turn Back Time’. Some details that caught the attention of viewers during the event were the new tattoos of the idols.

Lucas appeared with a tattoo of a snake on his back, despite the fact that a red jacket covered that part of his body, a small trace of the design was exposed, Johnny showed his arms and in one of them there was a large tattoo with some flowers and branches.

At the end of SMTOWN LIVE Culture Humanity, SM groups and soloists performed the unreleased song ‘Hope’, in scenes from the MV, NCT’s Yuta jumped up and when he raised his hands he showed a tattoo on his belly and another on his chest.

NCTzen commented that each of the members of New Culture Technology expressed their personality characteristics through the new tattoos and talked about their different style.

Lucas preferred to capture his love for animals, Johnny’s inspiration was nature, plants and flowers, while Yuta Nakamoto could have revealed his love for conceptual tattoos. YAY!

It is not yet known if the tattoos of the singers and rappers are real or temporary, perhaps in future activities and concerts they will reveal their meaning. Do you think the members’ tattoos are real?

HEY !, If you want to learn more about the New Culture Technology subunit system, we invite you to visit, NCT: Why do they have so many subunits and how does each one work?