Home Celebrity NCT: Jungwoo Photos That Show How He Has Changed Over The Years 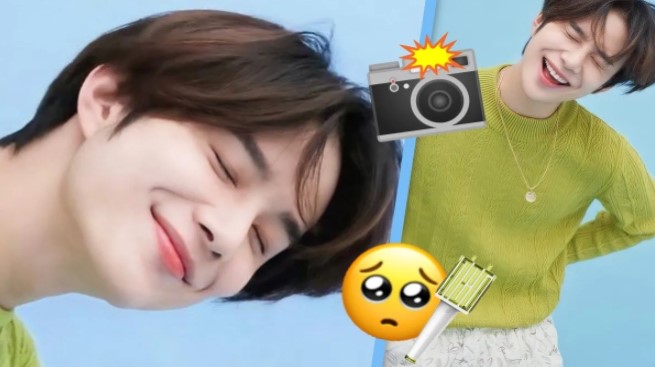 Through many photos, we can see how much NCT’s Jungwon has grown and to celebrate his birthday, we will appreciate more of his stages, since before debut.

Kim Jungwoo was born on February 19, 1998, in Gyeonggi, South Korea, from a very young age he was interested in being a singer and dancer, which is why he decided to audition for SM Entertainment and finally joined the K-Pop agency on the 20th. June 2014.

Spending 4 years as a trainee before Jungwoo was announced as an official member of NCT, debuting with subunit NCT U in 2018 and showing all his brilliance and great abilities with the idol group ever since, NCTzen has been wowed with his many abilities. .

Jungwoo also has a beautiful personality, he is very calm, but fun, passionate about his work and his likes like soccer and admires the Manchester United team; there is much to admire about this incredible idol from Neo Culture Technology.

Do you want to know more about Jungwoo? Here we leave you some photos to know the life of the idol through these images taking advantage of the fact that it is his birthday.

BEFORE AND AFTER JUNGWOO FROM NCT

NCTzen loves to see the NCT idols when they were still babies and with Jungwoo there is no exception, here we leave you one of the first photos of this artist when he was just a baby.

In his time as a trainee, Jungwoo was often compared to SHINee’s Taemin, did you know that? They said that he looked a lot like the idol; In these photos we can see him a little closer, with a selca that he took during his training time.

Jungwoo in his debut

With ‘Boss’ Jungwoo debuted with NCT U and in the promotional photos for this release of the Neo Culture Technology subunit was where we could see it, this is how the idol looked in his debut.

After debuting with NCT U, Jungwoo also joined NCT 127, since the subunit’s first release was ‘Regular-Irregular’.

Currently, as of February 2022, Jungwoo looks like this, the idol has grown a lot since he was a baby, in his time as a trainee and in his debuts in different NCT subunits, today he looks great and is very happy as always receive the love of their fans, here we leave you a photo of Universe of NCT 2021.

So we have gone through Jungwoo’s life through his photographs, from when he was a baby to NCT’s last comeback.

In other NCT news, Jaehyun had her birthday recently, how did she spend it? She used this special day to reflect.

ASK THAT X1 BE DISABLED AFTER CONFIRMING THE “PRODUCE 101” FRAUD

MAROON 5 ANNOUNCES CONCERTS FOR MEXICO IN 2020