Home Entertainment NCT 127 Lights Up The City With Teasers For Their Comeback With... 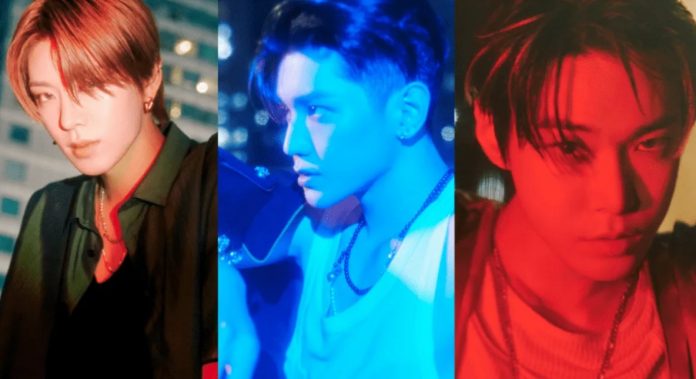 This 2021, the NCT 127 subunit will return with a new musical project that has already registered its first record without having been released, as the K-Pop group sold more than 1 million pieces on the first day of the presale.

Sticker has already established its first brand, and the boy band members shared more previews of their 2021 comeback with interesting teasers that portrayed Taeyong, Yuta, and Doyoung in the middle of the city.

The photos of the singers and rappers for the Sticker album were posted on NCT 127’s official social media, but NCTzen was spoiled with an individual set of each. Learn more about the band’s return.

Photo concept of Seoul City NCT Sticker got 127 for a youthful, fresh and original vibe, where buildings, lights colors like blue, green, and red highlighted the beauty of Taeyong, Yuta, and Doyoung.

What do you think of the looks and styles of the idols in these photos?

The style of Seoul City demonstrated the versatility of the 3 artists of the SM Entertainment company, as it seems that this musical era of the K-Pop group will have many surprises for its fandom. Ready for your comeback?

When is NCT 127’s comeback with the album Sticker? The new musical project will be released on September 17, 2021, the MV will be available on YouTube and the rest of the songs on online music platforms.

Before the reveal of these teasers, the members of NCT 127 released attractive colorful teasers for Sticker, did you see them?

Inspiration or plagiarism? They find a Call of Duty image reminiscent...