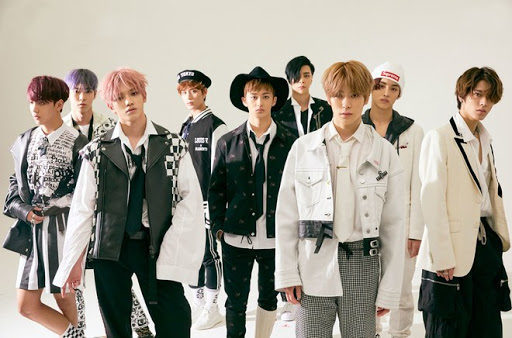 NCT 127 celebrates the first win of ‘Kick it’ with Baekhyun. The group thanked their followers and Baekhyun for the support they have given them.

The NCT 127 guys recently made their comeback with the promotional single ‘Kick it’ and it was during the last episode of Music Bank that they earned the first win for this tune from the NEO ZONE album .

Happy with the award they earned from the weekly ranking on the KBS show, NCT 127 met after the show to greet their fans and thank them for all the support they have given them during these promotions, sharing with them the success of this first win.

Even wearing their show-ready costumes, the guys quickly connected to V Live and started a live one with their fans, during which they let us know they had a guest accompanying them. It was Baekhyun, who, as well as NCT fans, also wanted to share the moment with the boys and celebrate this win.

When the boys announced that there was someone else with them during V Live they started singing a part of UN Village , a song from their latest album, City Lights. Following this original performance, Baekhyun was asked to say something so that people watching the broadcast could hear his voice.

An ‘NCT Fighting’ with a laughing voice was heard from a distance and the members of the group filled the room with shouts and applause to complement that beautiful moment. Fans of both have expressed their joy and satisfaction, not only for the win that NCT 127 obtained for Kick it, but also for the good gesture of Baekhyun in showing his support and even coming to accompany them.

IM SO PROUD AND THEY LOOK SO HAPPY IT MAKES ME HAPPY #KickIt1stwin pic.twitter.com/oKuSYcgMCi

Sony plans to “speed up the launch” of its games

Taylor Swift congratulates one of her fans for her PhD

Mia Khalifa gets tested for the coronavirus Is she infected?