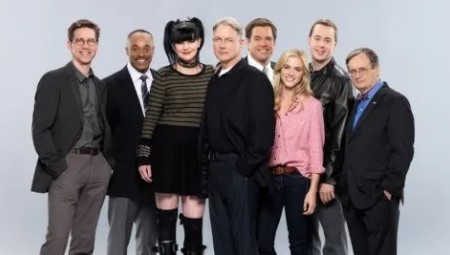 NCIS has remained on the list of longest-lived crime drama shows on television, each of its episodes thrills its fans and with the return to the screens of CBS with season 19, a familiar face appeared that could be making a difference. great comeback.

Recall that in season 13, actor Michael Weatherly, interpreter of Tony DiNozzo, unexpectedly left the program, however, according to one of the recent updates from this television star, his long-awaited return could be expected, along with also Leroy Gibbs actor.

This wave of rumors began when Michael connected with his NCIS followers through the Twitter platform, where he tweeted a selfie of his character, entitled: “This guy woke me up this morning” … “Then I realized that still it was a dream. He kept talking about Gibbs and his holster. ”

With these statements, Michael Weatherly, not only hinted at his return, he also gave great chances that the character of Mark Harmon, the always remembered and beloved Leroy Gibbs, was also back for the next episodes of this CBS series.

Despite saying goodbye at the beginning of season 19, Leroy Gibbs could be once again back on the screens, possibly in this return we will see the duo in action once more as the series progresses. As their outings were emotional for fans, the production would be delighted to see them do what they do best and solve more intense criminal cases.

This guy woke me up this morning. Then I realized it was still a dream. He wouldn’t stop talking about Gibbs. And his shoulder holster. #ncis dream pic.twitter.com/4GbBlWtNkq

Special Agent Tony DiNozzo left the team in 2016 following the death of Ziva David (Cote De Pablo). As we well know, this couple appeared for the first time in the third season, and after their intense flirtation, the couple became fan favorites for which they were nicknamed ‘Tiva’.

However, after the shocking announcement of Ziva’s death, Tony made the decision to walk away from the team and take care of his son after the killer of his ex-wife was eliminated. In an interview a few years ago, Michael Weatherly made it clear that he felt ready to move on after 13 years at NCIS.

Morrissey Announces a Concert in London As Part of The 2023...