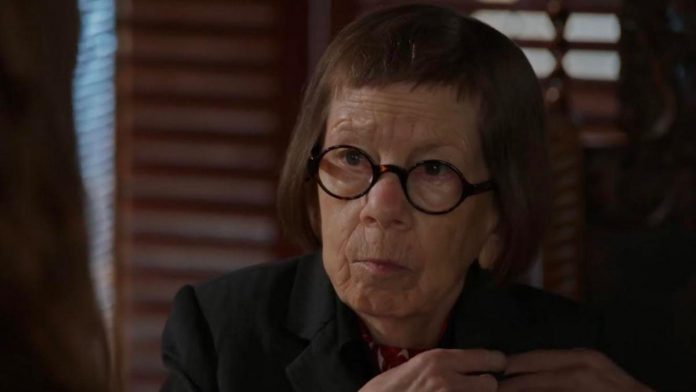 Fans of NCIS: Los Angeles have long been waiting for the return of Hattie Linda Hunt, who last appeared in the premiere of the 13th season, and in general, over the past few seasons she has had very little screen time. Showrunner R. Scott Gemmill teased the possible return of Hetty in season 14, and now he has provided an update on the plan for her return. And, as it turns out, it may have something to do with the wedding of Cullen and Anna.

Cullen (Chris O’Donnell) and Anna (Bar Pali) finally got engaged in the season 13 finale of NCIS: Los Angeles. So can a wedding bring unexpected guests? R. Scott Gemmill announced the upcoming season with TVLine, in particular, a plan to bring back Linda Hunt’s favorite character, Hetty Lang. Apparently, the idea is that Cullen “understands that he has unfinished business and he wouldn’t want to get married without Hetty’s presence.” Gemmill continued:

The plan is to go and rescue her at some point, find out what she got herself into. We’re just trying to figure out on schedule when we can pull it off. This was the plan last year, but it did not come to fruition. We’ve had a small spike [COVID variant], but things seem to be calming down a bit. I hope nothing new will appear, and we will be able to do it this year.

I’m definitely curious to see what might happen, given that Hetty returned to Syria for the season 13 premiere and may find herself in a difficult position. Waiting for her return was, to put it mildly, difficult. Although R. Scott Gemmill has confirmed that she won’t be back until after season 13, he’s apparently been working hard to follow up on Hetty’s absence in season 14. one more question.

Honestly, it’s hard to imagine Cullen and Anna’s wedding without Hetty, since she was such a big part of the former’s life. Given that the schedule for Linda Hunt is being developed, one has to wonder if the show’s narrative will remain fluid. I mean, if the setbacks due to COVID continue, will Cullen and Anna postpone their wedding as part of the show?

As mentioned, Linda Hunt has appeared from time to time during the last few seasons of NCIS: Los Angeles. Hetty was absent at the beginning of season 10 due to Hunt being in a car accident, although around the same time the star provided a positive update. Later, Hunt was ready to shoot the last episodes of the season, although later plans changed. COVID later caused concern for the NCIS star, but she was able to return in some important moments, such as Nell and Eric’s heartfelt farewell in the season 12 finale.

Let’s hope that Hetty’s return will happen sooner rather than later, and the wedding of Cullen and Anna will go down in history. I’m sure many fans like me are looking forward to the day when R. Scott Gemmill and company. make an official announcement that the harsh and cute character is returning to the drama series.

Don’t miss the premiere of the 14th season of the series “NCIS: Los Angeles” on Sunday, October 9, at 22:00 Moscow time. EST on CBS! Also, be sure to check out CinemaBlend’s TV program for 2022 to learn more about shows that will premiere or return in the coming months.

Tomorrow: These are official images of its protagonists before its premiere...