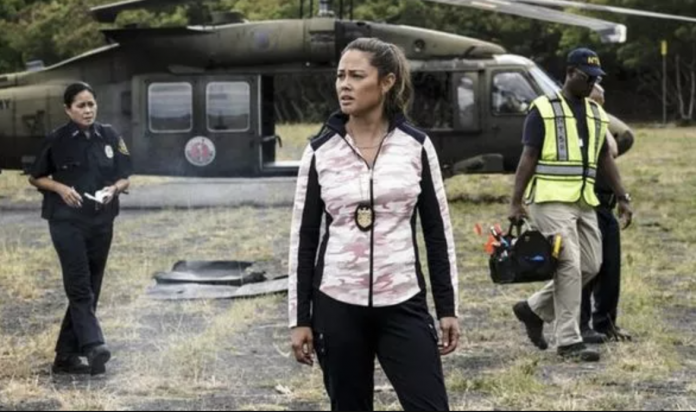 NCIS Hawai’i News: The release date in the United States is known: it is on September 20, 2021 that CBS will begin the broadcast of season 1 of NCIS Hawai’i, the new spin-off of the famous police franchise which will take place as indicated. the title in Hawaii. And if we trust the trailer, this new series worn by Vanessa Lachey should make all the usual viewers happy.

While NCIS season 19, which premieres September 20 on CBS in the US, could be the last in the series, the cult series is nonetheless about to give birth to a new spin-off. Thus, after NCIS Los Angeles and NCIS New Orleans, NCIS Hawai’i will soon appear on television.

See you in Hawaii for NCIS

On the program here? As its title suggests, head to Hawaii for this series worn by Vanessa Lachey. The actress will slip into the shoes of Jane Tennant, the first female Special Agent in charge of NCIS Pearl. Described as “as diplomatic as she is tough”, Jane will be, unlike Gibbs, able to handle both sides of her job, “She is a thorough investigator who can navigate very easily between a crime scene and the political side. in offices”. However, her job being very busy, this “single mother often finds herself torn between her family life and her emergencies at NCIS”.

What cast for the series?

Casting side, NCIS Hawai’i will also be able to count on the presence of Yasmine Al-Bustami who will play Lucy, “the junior of the team ready to prove her worth”, Jason Antoon who will slip into Ernice’s skin, “a specialist in computer intelligence “, Tori Anderson who will play Kate,” a DIA agent with strong professional ambitions “, or Alex Tarrant who will play Kai,” a new agent who, after having fled his origins, finally returns at his home in Hawaii “and Noah Mills who will be found as Jesse,” a former detective from a big city ready to discover a new life in Hawaii “. Very different profiles which question us about their future complementarity and complicity.

On the side of the series itself, fans of the franchise should not be disoriented. While we will keep the classic investigations + humor + family life side of NCIS first of the name, this spin-off should then be inspired by NCIS Los Angeles at the level of group life, from the staging through beautiful decorations and above all, but this is not a positive point, the use of a filthy colored filter to give us an impression of disorientation. Not very original as a recipe, but the assurance of an effective result.