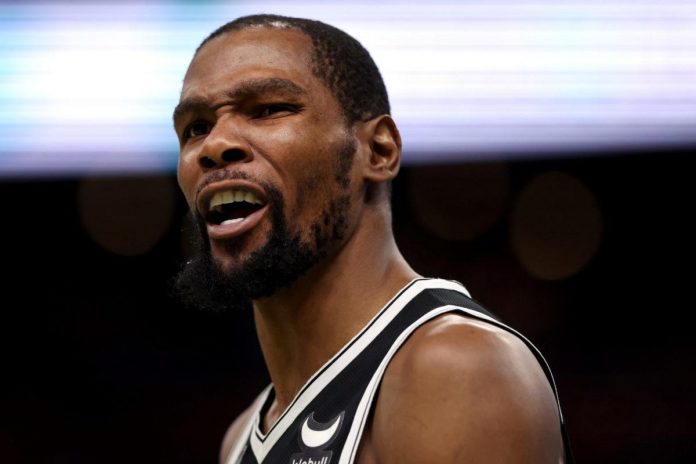 When the Brooklyn Nets acquired Kevin Durant and Kyrie Irving three years ago, who would have thought we’d end up here?

According to longtime NBA reporter Mark Stein, “the head of one team believes that Kevin Durant would rather retire than play for the Brooklyn Nets again.

This caused a storm of indignation on the NBA Twitter.

“Then he will retire as a fraudster without a ring,” one user commented.

“It would be fun, but don’t hold your breath,” said The Dream Shake.

“Give me a break with this nonsense,” Carlo Colaiacovo replied.

“Which one????” d’courtland Christian asked.

— Do you seriously expect us to believe that? another asked.

Brian Windhorst believes that KD and the Nets can go to training camp, so things could get even worse before it’s over.