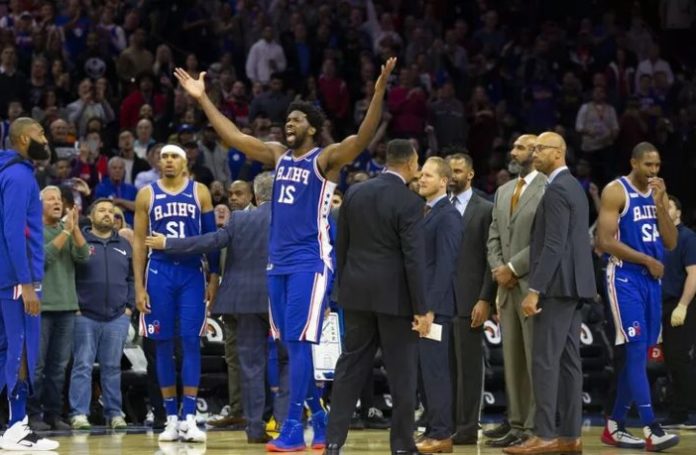 Since the terrible elimination at the hands of the Raptors last spring, the Sixers have only one thing in mind: to repair the affront and finally qualify for the NBA Finals this season. After a successful summer despite the loss of Jimmy Butler and JJ Redick, Brett Brown’s men are well on their way to being an Eastern strength at the start of the year.

Indeed, after snatching a precious victory against Portland on a game-winner in the final second, the Sixers posted the best record in the league at the moment, with 5 wins to 0 loss.

Such a record of 5-0 to attack the season is unheard of in Pennsylvania since the 2000-2001 campaign. That year, the Sixers had tasted the joys of the NBA Finals, Finales who have been fleeing since.

In the wake of an out-of-the-ordinary Allen Iverson, Philly had finished the season with 56 wins (for 26 losses), before leaving Indiana, Toronto and Milwaukee during a wild playoff epic. In the Finals, the Lakers however punished the 76ers on the score of 4 to 1, despite the legendary sequence of Allen Iverson who works on Tyronn Lue.