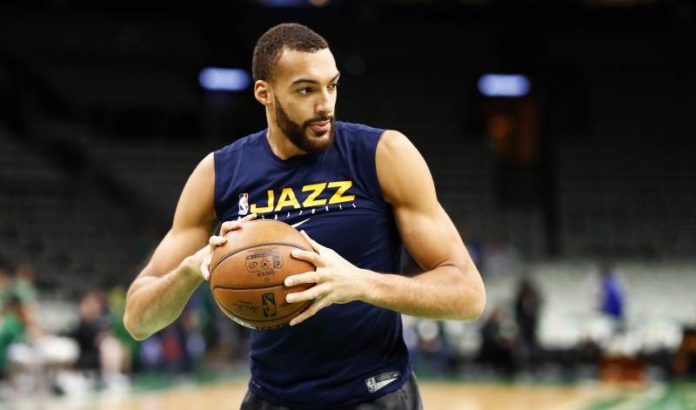 NBA management announced that all matches were suspended and the season was stopped after the French pivot Rudy Gobert’s new type of corona virus (COVID-19) tests, which appeared in the Utah Jazz, were positive.

The pandemic by the World Health Organization (WHO), the new type of corona virus that it declared as a global epidemic, or COVID-19, also officially captured the NBA. The test results of the star pivot of the Utah Jazz team, Rudy Gobert, showing the symptoms of the disease recently, has been positive.

The French actor made fun of COVID-19 at the press conference on Monday, saying that the public showed unnecessary sensitivity, and at the end of the meeting, he made fun of driving the microphones and recorders on the table.

Moments when Rudy Gobert makes fun of the corona virus outbreak
The NBA administration suspended all matches after it was determined that Gobert had corona virus and announced that the league was stopped indefinitely. The Utah Jazz match against Oklahoma City at 3:00 am was canceled minutes before the start whistle. Fortunately, the NBA relieved to some extent both the other basketball players and the spectators who came to watch the match, saying that Gobert was not in the hall.

Also, last night’s last match, Sacramento Kings and New Orleans Pelicans, were postponed at the last minute. The Pelicans players refused to leave the locker room, while referee Courtney Kirkland, who was assigned to the match, was said to be involved in the match between Jazz and Toronto Raptors in Utah on Monday night.

LeBron James, star of Los Angeles Lakers, said in a statement recently that he was disappointed when the remaining matches could be played without supporters, but human health was valued above all else.

While the COVID-19 incident in the U.S. exceeded 1,100, the number of casualties rose to 31. The Donald Trump administration, which declared a state of emergency in the capital Washington, where the epidemic was most affected, banned travel from Europe.