Home Sport NBA – Klay Thompson reveals “the greatest gift of my life”, given... 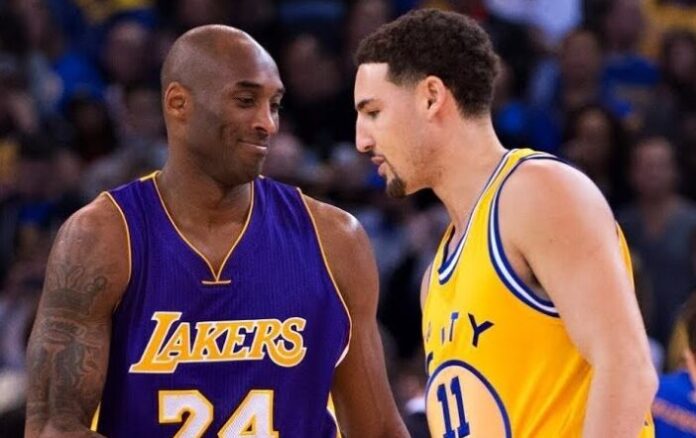 Kobe Bryant has had an immense influence on the entire generation of players today, with almost no exceptions. Klay Thompson is obviously one of the disciples of the Mamba, and he chose to reveal the gift that the legend of the Lakers had given him. The most beautiful sniper life in the Bay.

In 20 years of an illustrious career, Kobe Bryant has become a symbol, a hero and a model for many of today’s players. In addition to its prowess on the parquet, the Mamba quickly adopted a role of mentor with the new generation, and many were those who learned valuable lessons from him.

Among LeBron James, Kyrie Irving and other Jayson Tatum, a certain Klay Thompson benefited greatly from Kobe’s advice. In a obviously nostalgic mood, the Warriors sniper shared a gift that Bryant had given him on Instagram:

This is the great book “The Mamba Mentality: How I Play”, a signed and signed copy of which Kobe had sent to Thompson. The little word inside?

Between winners, we understand each other, and we know that there is only one thing that matters: the rings. That’s good since Kobe Bryant has amassed 5, while Klay Thompson can already boast of having 3 titles on his record, with views on a 4th as early as next year.

Always attentive to her peers, Kobe Bryant marked Klay Thompson with this gift. May this world lack Mamba…

Cowboys have made an official decision on Tyrone Smith: what is...