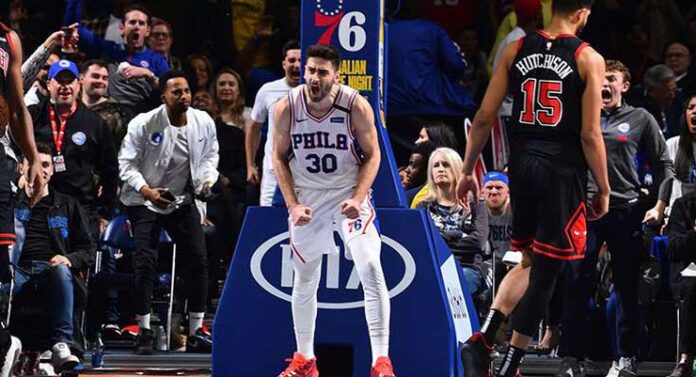 The NBA, which was suspended due to the coronavirus outbreak, will restart with 22 teams. However, the fact that the remaining matches will be played without an audience brought some controversy, and interesting solutions are offered to this discussion.

The coronavirus, which transmitted to 6.7 million people worldwide and caused more than 395 thousand people to die, had negative effects on the sports world as well as on many aspects of life. Due to the epidemic, it was decided to postpone various leagues and sports competitions in many parts of the world.

Fan voices will be received from NBA 2K

NBA will restart the season with 22 teams at Disney World in Orlando. Of course, the NBA Players Association has also started discussions about this plan.

One of the controversy issues is that the coronavirus epidemic still continues and the matches will be played without an audience since there is no effective drug or vaccine yet. The debate on this issue continues, but an interesting proposal has been made on the subject: the supporter voices from the NBA 2K.

The NBA 2K is used using the league’s official eSports series, and the details the game focuses on to maximize the basketball experience can fill gaps in the real world basketball league. A similar system is being used in the Bundesliga of Germany, which is already being played, and Sky Sports plans to use fan voices in FIFA 20 for Premier League broadcasts.

So, what do you think about this? Do you think fans’ voices from the games are better than playing in empty halls and stadiums? You can share your ideas about the subject with us in the comments section.