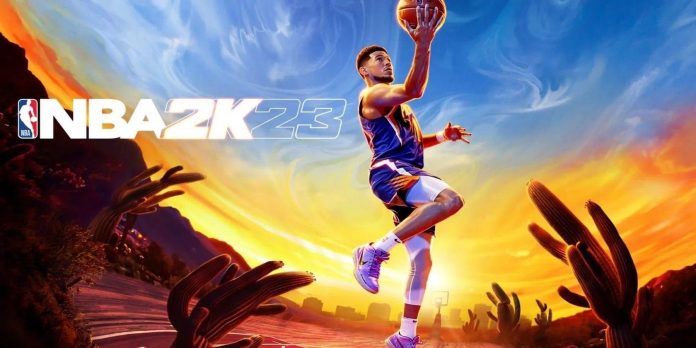 NBA 2K23 is coming out soon, and fans are looking forward to the new version of the basketball simulator from 2K, ready to see what new game modes, players, effects and other surprises await them in the game. Players hope that the acceleration and blocks have been fixed in the game, as well as working on many other visual effects and mechanics that fans have wanted to change over the years.

As September gets closer and closer, fans are getting more and more excited about the potential improvements in the game’s graphics, as well as in the gameplay details. All over the internet, fans are discussing NBA 2K23 player ratings forecasts, graphic changes, game modes, etc., and now that 2K has released a new trailer, there’s more to talk about.

The trailer begins with a shot with a dancer from the band Jabbawockeez, who is excited by the players because of the possibility of a better halftime show in NBA 2K23. In the rest of the trailer, 2K shows animations for long three-point shots, dunks shaking the screen, celebrating players and more that look smoother and more natural than in previous games. Fans will be happy to see all their favorite players, such as Steph Curry, Giannis Adetokumbo, James Harden, Ja Morant, LeBron James and many others.

It seems that this time the cover of the game depicts basketball player Devin Booker from the Phoenix Suns, who is also highlighted in the final frame of the trailer. Booker enters the court, shrugs off the help in the attack when he notices a discrepancy with Anthony Davis from Los Angeles, crosses him, retreats and strikes the winning buzzer.

Since the NBA 2K franchise began in 1999, choosing a professional basketball player to depict box art in each new iteration has become a tradition. Allen Iverson became the first cover star of the series, and since then 2K has been selecting new ones from among the greatest NBA players of the past and present. After Kobe Bryant’s death, 2K released the Mamba Forever Edition of NBA 2K21 in honor of the legendary Laker. Last year, in honor of the 25th anniversary of the WNBA, the first edition of the WNBA was published. This version is exclusive to GameStop, and the cover features Candice Parker. This year, 2K continues this tradition by releasing a 2K23 version for the WNBA with Sue Bird of the Seattle Storm and Diana Taurasi of the Phoenix Mercury sharing the cover.

Although the trailer doesn’t show any other game modes or any other game mechanics, fans are still excited to see smooth animations and improved graphics. Of course, players can look forward to seeing more information about NBA 2K23 over the next month before the release.

What Carmi will spend money on in season 2 of “The...

The Ultimate Batman Story was an adult-only comic that was never...