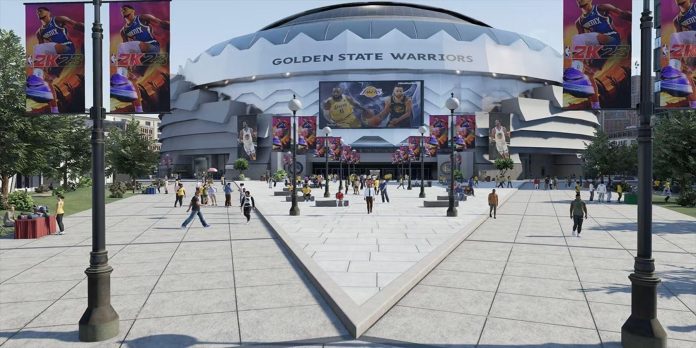 In NBA 2K23, 2K City will have one of the most unique architectures the NBA 2K franchise has ever seen, and will also make the city smaller. 4 districts of NBA 2K City will have 4 unique designs that represent the mascot of each district.

With a similar structure in mind, the developers of NBA 2K have made each district special. The courtyards of the Western Wildcats are hidden in a canyon, the Beast of the East is located in a caldera surrounded by lava vents, the courtyards of the Snake of the Southern City are surrounded by a jungle habitat, and the Knights of the Northern Side are the courtyard of the castle. The NBA 2K Social Center has been a major feature of the series since NBA 2K21, and every year NBA 2K developers have to find new ways to innovate and improve in each iteration of the year. Efforts aimed at making each of the Burrows feel special are pursued by the desire for innovation.

The city in NBA 2K23 will bring back the subway fast travel feature, which has not been in the game for some time. Rapid transit stations will be scattered around the most visited areas of the city, such as the shopping center, next to the courts of each team, as well as in places such as Rec, Ante Up, shopping center and others. Judging by the trailer, City will also have an optimized feature that will allow the player to switch from City to their MyCareer games in the locker room of the corresponding NBA team. The Player’s Only Entrance will imitate some pre-game fashion passers-by, as well as their real counterparts.

The city also collected some attractions from previous games and concentrated them in The Block. The 3-by-3 and 5-by-5 themed courts still litter 2K City, like Pro-Am and REC for matchmaking games. The warehouse courts that used to be scattered around the city have been replaced by a Theater that will perform the same function and will change special sets of rules for 5-on-5 games on a weekly basis. The Jordan Challenge building, where players will be able to get into a time machine and relive the games of Michael Jordan’s legendary career for special awards, is located only in this areas. Dreamville Studio, the music label of J. Cole, will play a key role in the MyCareer player storyline, this place is also highlighted in the 2K blog.

This city experience is exclusive to the PS5 and Xbox Series X|S consoles. The PS4 and Xbox One consoles are getting the G.O.A.T boat, which was previously mentioned in another 2K blog post. One of the well-known grievances of the community about NBA 2K22 was that for such a large sandbox, it took a lot of time for a slow sprint, a flight on a skateboard, a jetpack, or any other fancy form of transport available due to seasonal events. While many of these items are sure to return to NBA 2K23, 2K developers also say that this year 2K City will be 30 percent smaller than last year.