Home Tech Naughty Dog shared a video for The Last of Us Part II’s... 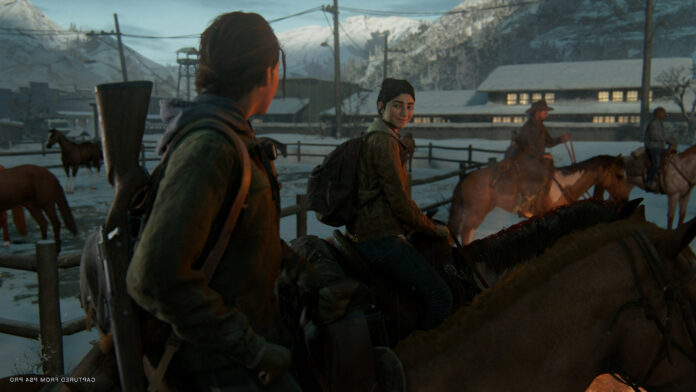 Naughty Dog, the name behind 2020’s most anticipated PlayStation game The Last of Us Part II, has released a video of the game’s new trailer. The video, which we can say is the preparation for the full trailer to be released tomorrow, does not contain any scene from the game.

The developer firm Naughty Dog, which has accelerated all the stages after the story of The Last of Us Part II appeared with the visuals, announced that the game will be released on June 19. After the scandal incident, the company quickly held its hand and now shared a new video about the game.

We can say that the video shared from the company’s official Twitter account is a preliminary preparation for The Last of Us Part II’s trailer that will be released tomorrow. So much so that we hear the voices of the main characters Joel and Ellie, although there is no scene for the game in the video. In the video, while Ellie says that she has to complete something, Joel states that it will come at a price.

If you managed to avoid the leaks posted recently, we can say that these conversations are encrypted. At this point, although we don’t know exactly what is being talked about in the video, we can get the answers to these questions with the full trailer to be released tomorrow.

It was revealed that the company employees were not behind the The Last of Us Part II leak scandal:

Described as one of the biggest leaks in the history of the game, The Last of Us Part II scandal was initially thought to be a Naughty Dog employee. Although these discussions are still ongoing, Sony has said in a statement made recently that company employees are not affiliated with this incident.

In addition, Jason Schreier of Bloomberg, who said that he was talking to people who had direct information about the incident, said that the giant leak was not made by a Naughty Dog employee, as it was supposed to be, but by hackers who infiltrated Naughty Dog’s private servers.

Regardless of the situation, we can say that The Last of Us Part II is still a more intriguing game for people who managed to escape the information disclosed. At this point, Naughty Dog also mentioned in his statement that the last experience would be worth it.

Stock problem on Xbox is at an extreme

JBL Club 700BT arrives in Brazil with 50 hours of autonomy...