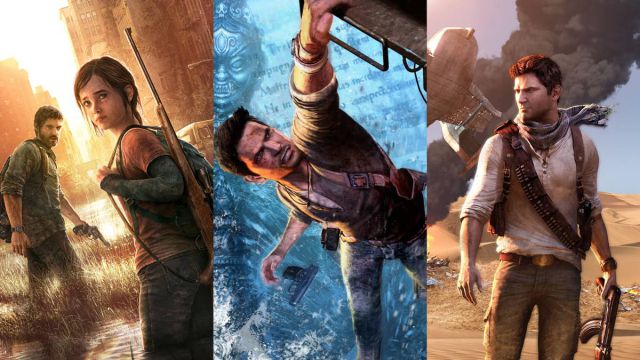 Naughty Dog: The creators of Uncharted and The Last of Us mention some of their favorite games this year: It Takes Two, Metroid Dread, Deathloop … With the end of 2021 very near, it is time to take stock of what the year has been in terms of video games and choose our favorites. In Meristation we have already done it, but obviously we are not the only ones, since Naughty Dog has published a post in which several of the members of the Californian study talk about the best games of the last 12 months, including the that have been on everyone’s lips, such as Metroid Dread, Deathloop and of course, the GOTY at The Game Awards -and Meristation-, It Takes Two.

One of the most mentioned games is Deathloop, a temporary PS5 exclusive by Arkane and which has been one of the most pleasant surprises of this year, if one can speak of surprise when it comes to the creators of Dishonored or Prey. “Every space you visit and return visits becomes richer as you gain new tools, new information, and new insights into environment-based storytelling,” says Matthew Gallant, Game Director. “The freshness of their universe is what really captivated me, at a time when so many games feel the same,” says Waylon Brinck, Development Director.

However, if we talk about surprises, we have to do it from Inscryption, and Vinit Agarwal, Game Director, speaks highly of one of the great indies of 2021. “I will say that it was a long time since I felt so surprised by the creativity of a video game Despite having a baby, I have found myself several times playing until 3 in the morning until I have finished it. I cannot recommend it highly enough. ”

But there’s more. “Metroid Dread leaves you in awe with its satisfying gameplay and immersive atmosphere as it tells a great story,” says Wasim Khan, Director of Character Technology. “When I saw Returnal for the first time many years ago, I was not prepared for the mental space that this game was going to occupy when it came out. It still does today. Hats off to the entire Housemarque team!” Says he Vice President Arne Meyer.

And how could it be otherwise, it could not be missing It Takes Two. “My partner has never been a gamer, and has really gotten into this. We have spent hours on the couch laughing, talking and occasionally forcing ourselves in one direction at one. to the other, “says Rochelle Snyder, Senior Communications Manager. It’s also the favorite game of Evan Wells, Co-Chairman of Naughty Dog. “I’m lousy at platformers, and It Takes Two combines that gameplay with amazing puzzles, and beautiful art. There is a lot of variety and clever mechanics that are continually being introduced. And the courageous decision to require a second player makes the experience unique. had a lot of fun playing with my son. “

Andrew Garfield frankly told what scared him the most when he...