Naughty Dog: During the broadcast of the Game Maker’s Notebook podcast, Naughty Dog co-chair Evan Wells gave more details on the studio’s development strategies and stated that he currently works on several projects, but only one of them is receiving full attention.

According to Wells, the adoption of the multi-project model was an initiative supported by designers Bruce Straley and Neil Druckmann, starting in 2009 with the launch of Uncharted 2: Among Thieves. As a result, teams were relocated to work on Uncharted 3 and The Last of Us, but efforts to maintain simultaneous developments ended up disfavoring some titles over others.

“The amount of effort required to finish Uncharted 3 at the time was stealing resources from The Last of Us and we never got to the point where we had two complete productions going on,” he added. “I would say that even today we are just below that. We definitely have several projects, but only one that is getting most of the focus at all times.”

The co-president commented that the sacrifices necessary to produce the company’s great flagships ended up touching a version of Jak & Daxter for PSP, and that the demands of the market and its technologies have slowed down all production processes, as the public increasingly asks for blockbusters and modern titles.

“We don’t have two projects that have a few hundred people in them,” he continued. “We have a [project] and then some who are in pre-production, or maybe just leaving pre-production, but who will have to wait until the main focus is completed before we get everyone out of this project.”

Finally, Wells commented that the lack of a “creative spark” has caused the company to take an indefinite break from the Uncharted franchise, and it seems that it is unlikely to report anytime soon about the saga. Thus, Naughty Dog suggests spending time browsing between IPs and looking for new ways to increase its portfolio. 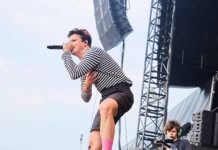