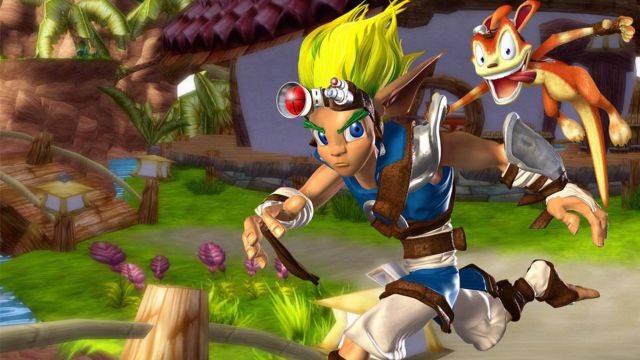 Naughty Dog: Different developers, also third party, recall their experiences with Jak & Daxter, which debuted on PS2. The year 2021 is the 35th anniversary of The Legend of Zelda and Metroid, Sonic’s 30th birthday, and Xbox and Halo’s 20th birthday. One of the funniest couples in video games also blows twenty candles, none other than Jak & Daxter. To celebrate this event, its creator studio (Naughty Dog) and other developers have recalled the project on the official PlayStation blog.

“What I learned the most was the challenge of designing an open world without using load times,” said Evan Wells, co-president of Naughty Dog. “From the beginning we set the goal of designing a world, not levels like we did with Crash.” According to him, they established as a rule that “if you could see it, you could reach it by walking (or by sailing or flying!). The manager recalls that when you arrive at a building or a cave you can visit the interior, so these spaces “had to fit within the space that the exterior could have.” Spoiler, “it wasn’t easy.”

Charlotte Francis, a senior technical artist, says she was very excited about the physics they had managed to implement “on the rope bridge”, because there were strings in Crash Bandicoot “,” but they had no physics. ” The developers had fun jumping over and over on the bridge, marveling at how it reacted.

What other studies think

Bend Studio, creators of the recent Days Gone, also have something to say about Jak & Daxter. Darren Chisum, manager of engineers, says that when the game went on sale, it was very surprising. “The graphics were some of the best of their time, which allowed playing on long terrain scales with no load times. Plus, it was a lot of fun. Jak had a ton of combat options and Daxter was the comic relief. ”

Insomniac Games has always formed an odd couple with Naughty Dog, but now they meet under the same roof, that of PlayStation Studios. “As a child, I was amazed at the world that Naughty Dog had created: the humor and the vibrant story,” says Aaron Jason Espinoza, Senior Community Manager. “It’s a saga that made lifelong friendships and brought me closer to the PlayStation community.”

Heather Finley, from the quality department, does not forget that she played the title at her grandmother’s house when she was little. “I remember he had a console only for when we were visiting. Jak and Daxter: The Precursor Legacy was one of the games that I enjoyed for hours. ” She adds that it is the first game that she considered her favorite. “I even mentioned Jak & Daxter in my [job] interview with Insomniac, because it had a huge impact on my life and my love of video games. I never thought to work alongside such an iconic company, but it is a dream come true ”.