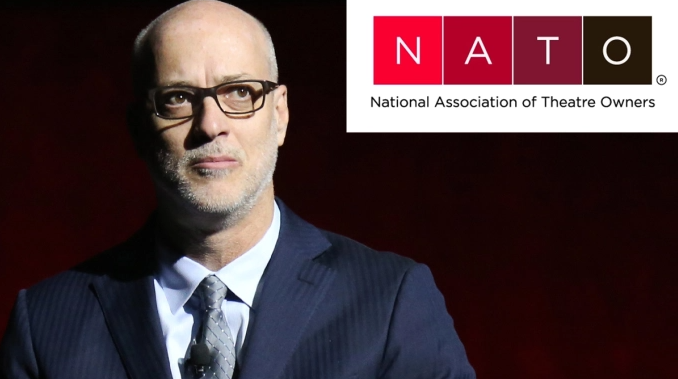 After more than two decades as the boss of the trade organization of the National Association of Theater Owners, John Fithian is retiring on May 1, 2023. Attorney at Patton Boggs, LLC in Washington, DC.

The NATO Executive Council has begun the process of finding a successor to Fithian.

Fithian may have seen its most important and monumental days in the last two years of the pandemic. Not only was Fithian a champion of theater showcases on behalf of NATO membership, which has more than 35,000 screens in the US and 101 countries around the world, however, the big screen trade boss and his team were key in keeping exhibitors alive for almost a year and a half when they were forced to close due to Covid from 2020 for 21 years. NATO, under Fithian’s leadership, included the exhibition in the $15 billion Covid-19 Congressional assistance program (also known as the “Save Our Scenes Initiative”), which covered small and medium-sized theaters and venues with 500 or fewer employees who lost at least 25% in revenue. This gave cinemas access to business loans, as well as to a Salary Protection Program.

As one of the last cherries on his cake, Fithian and his team launched National Film Day on Labor Day weekend with $3 movie tickets to attract business to theaters during a slow time without big movies. There were 8 million more visits on National Film Day Saturday than the total number of visits on Labor Day Weekend in 2021, when “Shang Chi” and “The Legend of the Ten Rings” by Disney/Marvel brought moviegoers back from the depressive state of the pandemic. There will be another National Film Day in the future.

Also, when Sony was dealing with the hacking in North Korea and the aftermath of the James Franco and Seth Rogen comedy “The Interview,” Fithian and NATO worked behind the scenes with security and law enforcement agencies to determine the threat level. In the end, NATO informed its members that they could not show the “Interview” and postpone it for security reasons during the 2014 holiday.

Fithian has always been measured in the press, and behind the scenes — a sharp consigliere. Although NATO never told its members how to run their business, they were there to bang a megaphone and consult when something went wrong, from the earliest crushing of Universal in a theatrical showcase with a troll world tour to day-and-Disney. the date of the mistreatment of the “Black Widow” in cinemas and on the Disney+ service. At the revived NATO-sponsored CinemaCon in April this year, Fithian exclaimed, “I am pleased to announce that simultaneous release is dead as a serious business model, and piracy has killed it” to thunderous applause. He also added: “It is still relevant that theater showcases develop our entire industry.”

“It’s almost impossible to sum up three decades of a career in a few sentences,” Fithian said. “I’ll leave it to others. But my ultimate goal has always been to make this organization and this industry stronger and more efficient than I found them, and, more importantly, to make sure that they remain strong and effective after I leave. The professional and experienced staff I have left behind and the service culture we have created together is a legacy to be proud of.”

“John’s influence on the cinema industry is deep and lasting,” said NATO Chairman Rolando Rodriguez. “Whether in Hollywood, Washington, D.C., or internationally, NATO’s reach and effectiveness as a defender of the movie theater industry has grown and escalated under John’s leadership. We have big things to do, and we express our deepest gratitude to John for all his years of service.”

As Deadline has learned, NATO members and studio executives have already been informed about Fithian’s retirement.