Home Tech National Library is looking for games for its protection 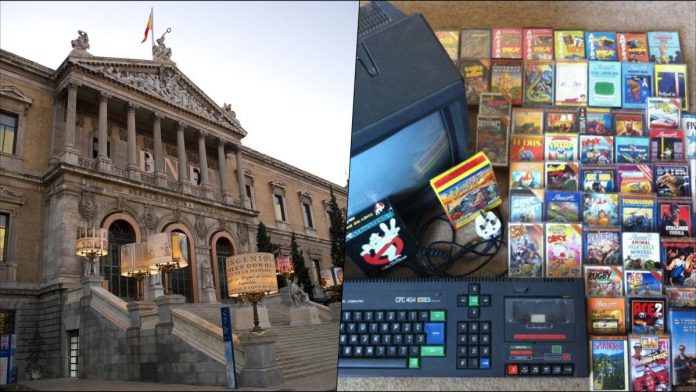 Thousands of game are sought for its preservation. The National Library asks for help from individuals and associations in order to find the missing ones.

The National Library requests the collaboration of associations and individuals in its search to find the thousands of video games that are still far from the collection. Specifically, they seek the preservation of 6,310 titles, mostly from Amstrad CPC, Spectrum and MSX, among other platforms.

According to the entity, among the tasks that were agreed was “the identification of the total production of the Spanish video game”, in order to know which part of the collection was already deposited in the National Library (in physical format) and which should be collected. Thanks to the databases provided, they were able to collate and identify which pieces of this complex puzzle were missing.

In the same entry they publish the excel with all the games that are “in search and capture”, in order to encourage those users and associations that have them to donate them as part of the “first phase to ensure preservation and access in the long term to videogames ”, which they claim to be“ one of the greatest challenges facing us at this time ”.

If you happen to be one of the owners of some of those games, you can start the donation process through this link. You simply have to fill out a donation proposal web form, or register on the web. You will receive a reply within a period of no more than 30 days. In the event that it is accepted, you must send it by ordinary mail or deposit it physically together with the acceptance sheet.