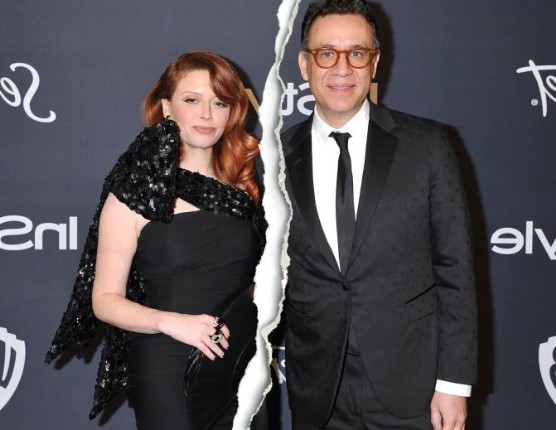 “I lived [in Los Angeles] with Fred and during COVID. I sincerely think we broke up because I wanted a pool,” the 43—year-old star of “Russian Doll” told The Hollywood Reporter in a profile published on Friday, April 15. “We love each other about as much as two people can love each other. the other one, and we still talk all the time, but Freddie doesn’t like the pool.

She continued: “It may seem like a mundane reason to break up, but during this pandemic you have to get your knees in — I’m like Burt Lancaster in Swimmer. So, I bought myself a house with a swimming pool in Los Angeles. So this is a real scandal. I think I have finally become a real inhabitant of two shores.”

An eyewitness told us that the couple behaved “very coquettishly” and talked “very closely” all night.

Now the former met thanks to Maya Rudolph, who played the role of a matchmaker.

“As we know, I was walking on a thorny road,” she recalled of her “Grey Gardens phase” during an interview with Glamour magazine in September 2019, noting that 49—year-old Rudolf and Armisen stopped by her apartment to find her constantly smoking clothes. just a silk robe and sunglasses. “I pulled out a copy of [Legsa McNeil’s] Please Kill Me, signed it and said: “Welcome, baby. Fred—what a name. Happy Birthday. Enjoy the book.” He still has it.”

The Portlandia graduate, who has not yet publicly announced the split, and Lyonne split their time between her apartment in New York and his residence in Los Angeles. At the time, she even praised Glamour for his caring abilities. “They will always pick me up from school on time,” she added, referring to Armisen and her friend Chloe Sevigny.

The Mississippi native, for his part, was previously married to Sally Timms between 1998 and 2004. He later moved on to “The Handmaid’s Tale” star Elisabeth Moss, whom he married in 2009 before their split in 2011.

“It’s all a process to make your life better—everything,” Armisen told Vulture in June 2016 amid his romance with Lyonne. “I try to be less selfish. I want to give more than I’m used to giving.”