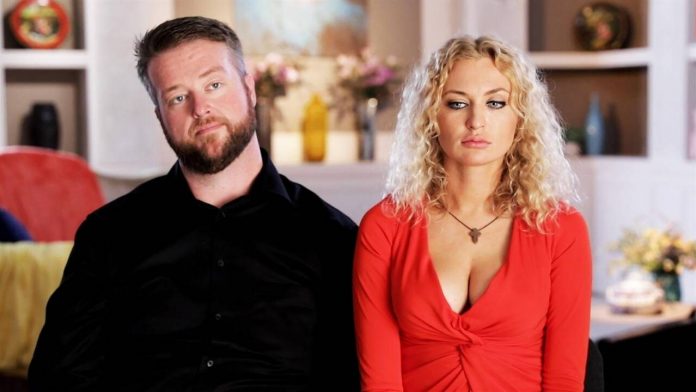 Natalie Mordovtseva seems to have surprised Mike Youngquist this time, after revealing a video of her showing her strange personality, so social networks do not stop talking about her and her future in 90 Day Fiancé.

Recall that Mike and Natalie, entered season 7 of 90 Day Fiancé, their love for vegetarianism is not a mystery. It was Mike who believed opposites attract when he revealed that Natalie was a vegetarian and he was a meat-loving carnivore.

But, Natalie complained that Mike did not stock her refrigerator and that he lived in the woods in a cold house like a horror movie hunting animals.

Although she was adamant about getting married as soon as possible, Natalie complained that Mike did not stock her refrigerator and that he lived in the woods in a cold house like a horror movie.

All the viewers of the program have seen the strange relationship between Mike and Natalie, but, according to her own revealed in a video of her on her official YouTube account, smelling trees gives her “energy.”

Natalie, who is dressed as a forest fairy, comes out of a dark lake and asks her viewers with strange audio if they “believe in magic”, “No wonder Natalie was also teased in the comments here and TLC fans wrote:

“And you complain about living in the woods at Mike’s and this has to be the strangest thing I’ve ever seen.”

Whatever the reason Natalie suddenly took an interest in forests and nature, it surely provided much-needed comic relief for a mundane episode of 90 Day Fiancé.