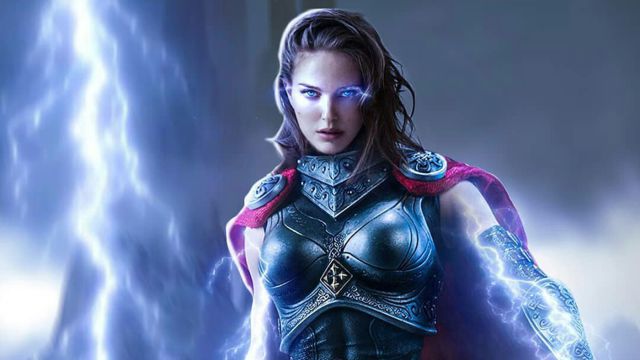 New photographs from the set of Thor Love and Thunder with Natalie Portman and Tessa Thompson, in their roles as Jane Foster and Valkyrie.

New photographs of the Thor Love and Thunder filming set arrive from Australia, where the fourth individual installment of Thor is currently being shot at the UCM; Although more than individual, it seems more like a choral film with the large number of guests and main characters that will show beyond the new and stronger than ever Thor by Chris Hemsworth. And good proof of this are the new images that let us see two other protagonists such as Natalie Portman and Tessa Thompson, in their roles as Jane Foster and Valkyrie, respectively. And special mention for the new and imposing physique of the actress who will play Mighty Thor through this new set of photos.

And it is that Natalie Portman already assured months ago that she was training hard to play Jane Foster in the story of the comics in which she becomes Mighty Thor and that we will now see on the big screen. And the physical change that she shows in these new images is more than evident, especially if we take into account the rather slim physiognomy of the actress. We can also see Portman in a small video clip in which she is elevated by a production assistant – clad in a blue suit to be deleted in post-production – a scene in which she could be receiving some kind of power or spell.

On the other hand, other photos of the filming set have been published in which we can see the actress Tessa Thompson as Valkyrie on her steed, a character who also returns with the Guardians of the Galaxy, whose participation in the film would have already reached its end.

Thor Love and Thunder is scheduled to release in theaters on February 11, 2022, as long as the global coronavirus pandemic does not further delay the dates.

Mercedes Benz was the brand with the largest number of car...