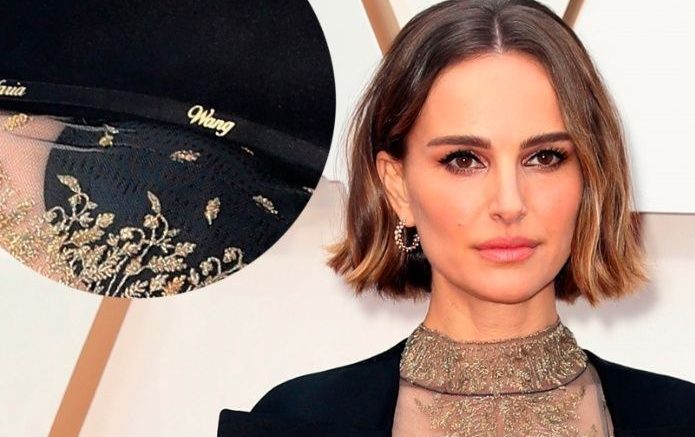 The actress was accused of “fraud” after paying tribute to female filmmakers in her dressing room.

The delivery of the Oscars this year were not without controversy. One of them is the lack of women nominated in important categories, highlighting the absence of Greta Gerwig in the category of Best Director for “ Little Women ”.

Given this, actress Natalie Portman wore a Dior cape with embroidered names of outstanding female filmmakers of today.

This did not go unnoticed by actress and activist Rose McGowan, who , through a Facebook post, attacked Portman , stating her position that Portman was “an actress who plays the role of someone who cares”, implying that her fight for the women in the cinema was only a fraud.

Through a conversation with Variety, Natalie Portman has had the opportunity to respond to McGowan’s accusations .

“I agree with her that it is inaccurate to call myself ‘brave’ for wearing a garment with the names of women embroidered on it. ‘Brave’ is a term that I associate with actions such as women who have testified against Harvey Weinstein in recent weeks, under incredible pressure.”

Portman also stated around the leadership opportunities that women in the industry have tried to take, as well as the rare occasions when she had the opportunity to film with female filmmakers on very few occasions through music and commercial videos, as well as projects that could not be realized.

WILL SMITH WAS OPERATED BY A COLONOSCOPY, SHARES IT IN NETWORKS