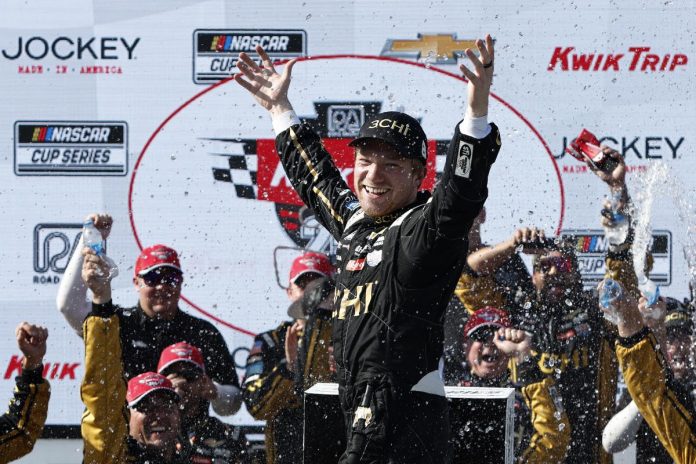 On Tuesday, 23XI Racing shocked the NASCAR world by announcing that promising star Tyler Reddick will join the team starting in 2024.

The 26-year-old Reddick currently ranks 14th in the Cup as part of the Richard Childress racing team. Two weeks ago, he scored his first career Cup series win at Road America.

Denny Hamlin, co-owner of 23XI Racing along with Michael Jordan, announced the addition of Reddick at a surprise meeting on Tuesday.

The NASCAR world reacted to the news on Twitter.

“What a way to announce it… damn it. Childress should be mad at… I love it!! #NASCAR,” one fan wrote.

“Quite a clever ad! 23XI have declared themselves the main future contender for the championship,” another added.

“Can we make driver announcements this way forever,” said another.

It is currently unclear if Reddick will continue to race for RCR until he switches to 23XI in 2024.

RCR shared its thoughts on the unexpected decision in an official statement.

“We are proud of the success achieved by Tyler Reddick at Richard Childress Racing. We are focused on winning the championship in 2022 and 2023, although the timing of this announcement could not be worse.”

What do you think about this unexpected step?

Marc Marquez comes from an environment very close to the pilot