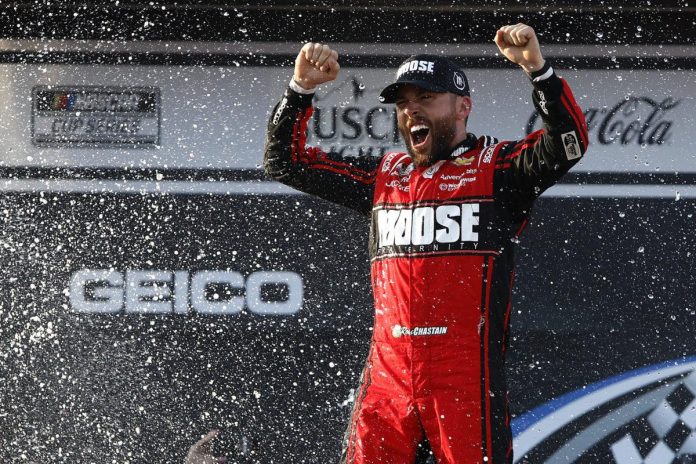 As we speak, the Federated Auto Parts 400 is being held in Richmond, and it was a mixed day for No. 1 Ross Chastain.

After Chastain finished first in Stage 1, Chastain had some minor problems later in the race. He contacted Kyle Busch, causing both cars to turn around and trigger a warning.

As you can imagine, rival Denny Hamlin didn’t appreciate what appeared to be Chastain’s reckless driving. Hamlin’s team didn’t like it either, and they made it known to the whole world.

While the warning was in effect, Hamlin’s crew chief Chris Gabehart could be heard saying: “Last warning delivered to you by Ross Chastain” in the style of an announcer.

But NASCAR fans are ambivalent about whether Chastain is really to blame. Some viewed the footage and concluded that Bush drove his car into Chastain’s car to provoke a spinout:

All things considered, it’s been an excellent year for Ross Chastain. He has two wins and is third in the standings as the NASCAR Cup playoffs approach.

But Chastain has been in a bit of a slump lately. He has finished outside the top 20 in the last three races. Before that, he finished in the top 10 six races in a row.

At the time of writing, he was in danger of being outside the top ten at the Federated Auto Parts 400.

The race is broadcast on the USA network.