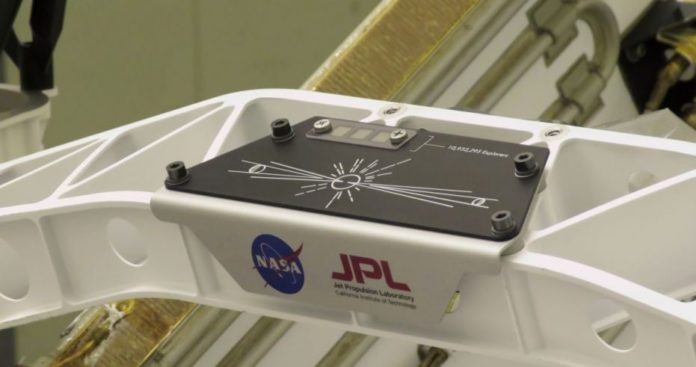 NASA will send its new vehicle Perseverance to Mars next July. The space agency organized a campaign for the car to Mars, gathering people’s messages to send to the Red Planet. Approximately 11 million names and messages were collected in the campaign. These 11 million messages and two chips containing the names were placed on an aluminum plate placed on the side of Perseverance.

A photo of the aluminum plate with these chips was posted on Perseverance’s Twitter account recently. People viewing the photo discovered that there was another message written in Morse code on the plate with the chips.

NASA made a statement after explaining that there is a message written in Morse alphabet on the plate above Perseverance and explained what this message is. The space agency stated that Perseverance wrote “Explore as one” on the aluminum plate with morse letters.

In a post on Perseverance’s Twitter account, “Some of you have noticed my private message next to the 10.9+ million names I took to Mars. “Explore as One” was written in Morse code in the rays of the sun. This message connects our planet with the planet I will discover. We are resisting together. ”

It is meaningful that NASA has carved such unity message on the Mars vehicle during these days when almost all countries of the world struggle with the coronavirus. NASA, who also suffers from coronavirus, is making this message more important.

A few weeks ago, after some NASA employees had positive coronavirus tests, the space agency had to shut down some of its facilities. After some time, when the coronavirus epidemic was announced for the whole USA, almost all units of NASA were shut down, except for mandatory units.

NASA now explains which tasks will be delayed due to the outbreak, and which tasks continue to follow its schedule. Among the missions that do not have a problem in the program is the Mars 2020 mission. However, it is not clear whether the program will go like this until the vehicle leaves Earth.

A problem that may occur in the Mars 2020 mission can cancel the mission. If the Perseverance vehicle cannot be sent to Mars in July, NASA will have to wait for 2022.

The orbits of Mars and Earth get very close to each other every few years. This approach between the orbits ensures that vehicles are sent from Earth to Mars. So if the 2020 mission doesn’t catch up, NASA will have to wait 2022 to send Perseverance.

A Group of Researchers Alleged They Made One of the World’s...