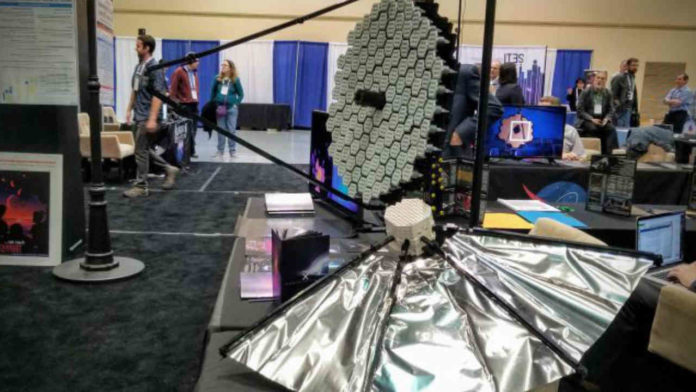 NASA, one of the first formations that come to mind when it comes to the space agency, is trying to choose the new space telescope in the future. One of the candidates evaluated by the space agency is LUVOIR, which can play a huge role in exoplanet research.

NASA is now in a critical decision-making phase. The space agency continues its research in the 2040s to decide on the new space telescope that will shape space research.

Although there are still years to make this decision, NASA conducts detailed analyzes for four potential projects. In this way, the agency will be able to see the advantages and disadvantages of each project in more detail. One of the projects NASA has evaluated in this regard is the space telescope called Large UV / Optical / IR Surveyor (LUVOIR). If this telescope is implemented, the most important task of the telescope will be to discover Earth-like exoplanets.

LUVOIR :
“The success of this initiative means the emergence of a brand new field in comparative astrobiology,” said Aki Roberge of NASA Goddard Space Flights Center, in a statement about LUVOIR.

If the LUVOIR telescope comes to life, its main contribution to comparative astrobiology will be to prepare a detailed view for Earth-like planets. Roberge uses the following statements in this regard: “Exoplanets are small, black shadows for us; not a pale blue dot. ” So we can say that the telescope named LUVOIR is quite similar to the Kepler Space Telescope.

LUVOIR ; by approaching small, rocky planets, it will tell scientists how much of the Earth-like planets really resemble Earth. Stating that they have no idea how the diversity of the Earth-like planets will be, Roberge said, “Our solar system has Venus, Earth and Mars, but first, they are very different from each other; Secondly, I am sure there are different options out there, ”he said.

LUVOIR will not only obtain photos for the planets it is working on, but will also be able to calculate in detail the amount of light of various wavelengths from the planets. In this way, researchers will be able to better identify the components of that planet and better understand what is happening on its surface.

Planets viable and beyond:
Roberge said that if there is life with these researches, researchers can begin to solve a bigger puzzle such as ‘understanding the law of life’. “We have an opinion on this matter; evolution driven by natural selection. There’s probably more, but if we can’t find more examples of evolution, we can’t figure it out. ”

The main task of the LUVOIR telescope is to explore and study the planets in order to understand the life that exists simultaneously in different places. According to Roberge, there will be 10 times more interesting planets than any planet discovered to be suitable for life.

Of course, working on exoplanets may not be enough for NASA. The team that developed the LUVOIR telescope also needs to align the telescope with different sub-branches of astrophysics.

Of course, with NASA choosing the LUVOIR telescope as the new space telescope, everything is not dotted. Wide Field Infrared Survey Telescope, its priority, was rejected by US President Donald Trump due to budget demand. The James Webb Telescope has been delayed for a long time for similar reasons. The launching date of the telescope is estimated at March 2021 at best.