It is thought that earthquakes and volcanic activities can be tracked from space with InSAR, the new tracking technology developed by NASA. It is stated that this technology can detect deformations on the ground thanks to satellites.

A research group observed molten lava from the skydiving plane on July 4, 2018. The device they took with them during this observation was a new tool designed by NASA that detects the swelling and deflection of the volcano craters. On July 3 / July 5, the team, which made a large number of flights over the K Vollauea Volcano in Hawaii Volcanoes National Park, wanted to show how this new vehicle could lead to satellite activities to observe volcanic activity, earthquakes and changes in the ground surface.

Making a detailed global map of changes in soil level; it can help scientists detect ground movements before, during and after earthquakes and volcanic eruptions, and to detect effects from flood or groundwater. With the new technology called CubeSat Imaging Radar (CIRES) for Earth Sciences, managers and emergency managers will be given the opportunity to better prepare for disasters.

The new radar detects the change by processing two separate images:
Although the explosion of Kīlauea affects an area of ​​125 square kilometers, the change in soil level is not always noticeable to the human eye. The S-band Interferometric Synthetic Aperture Radar (InSAR) in CIRES can reach the ground over the vegetation. CIRES detects differences between the two images by processing two images of a specified region taken from space at different times.

It is thought that a team of small InSAR satellites can work in harmony with NASA’s first InSAR satellite NASA-ISRO SAR Mission (NISAR) being developed. It is believed that many small satellites can collect data such as earthquakes, volcanic eruptions and landslides by adding data frequently together with rapidly developing processes and add them to NISAR’s system.

Normally, researchers use ground sensors and GPS to detect distortions on the ground. InSAR is said to be complementary to ground measurements and will often guide ground radar placement. Orbital InSAR satellites can observe ground deformation because these areas swell with magma before volcanic eruption occurs. Starting from here, scientists can predict that a volcanic eruption will occur even if they cannot determine how big the eruption will be.

It is emphasized that CIRES type satellites will be ‘dreamlike’ in terms of rapid disaster response. Although it is not possible to process the information given by small satellites of CIRES type with similar precision compared to larger satellites, data can be obtained faster when a disaster occurs. 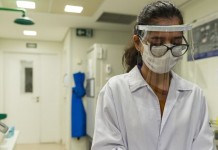