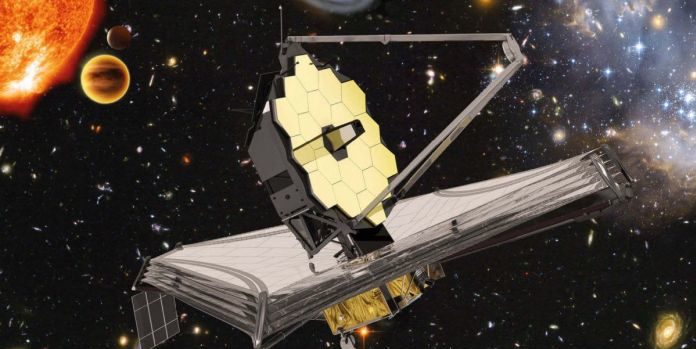 NASA, one of the world’s leading institutions, has to stop working due to coronavirus. The construction of the James Webb Space Telescope, which is among the most important tasks, was interrupted. It is not known when the mission of Mars 2020 will be completed.

Another institution from many institutions damaged by coronavirus was NASA. Recently, NASA decided to switch from home to work in some of its centers, taking into account possible project delays to minimize the spread of the rapidly spreading virus and protect the health of its employees. According to NASA officials, the affected tasks include the James Webb Space Telescope.

At a meeting held with NASA astrophysicist Thomas Zurbuchen and several officials, President Donald Trump’s budget request for 2021 would be discussed, but apparently this was put in the second plan. Zurbuchen started his speech as follows: “What we’re going to do now is to apply what I call the elephant principle: If there is an elephant in a room, we’ll talk about it. We’ll talk about the coronavirus today and how the virus affects science. Later, we’ll keep on talking.”

He also stated that different kinds of work will be affected differently by working remotely. “The improvements required for a mission to be considered successful can also be done remotely, but cannot be built remotely,” he said in his speech. He explained that most missions requiring flight were also delayed and will be rescheduled after reducing the outbreak effect. Stating that there are a lot of questions about one of NASA’s most important missions, James Webb Space Telescope, Zurbuchen also stated that this mission is one of his priorities and of course affected by the coronavirus. This telescope was planned to be launched in March of next year.

Another important task of NASA, Mars 2020, was expected to take place in July. “The two missions are among our priorities but very different in terms of both their situation and the decisions made about them,” said Zurbuchen.

Some Oddities We Cannot Understand in the Sun

Lenovo Legion Turns Out to Have Pop-up Camera on Hand

Xiaomi Mi 10 Lite is the cheapest 5G smartphone in the...