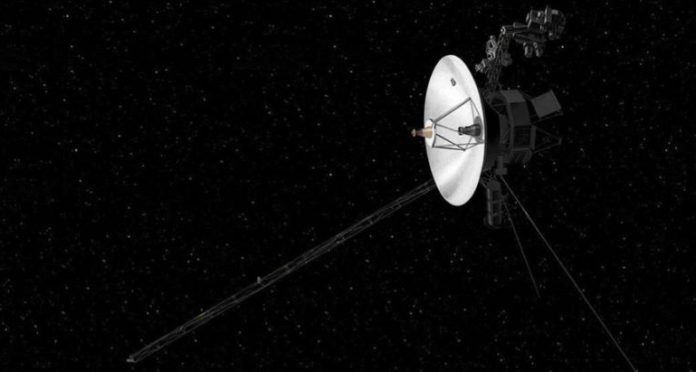 The Voyager 2 spacecraft had shut down its scientific vehicles due to a problem during its interstellar exploration. By giving good news, NASA announced that the problem in Voyager 2 has improved and has returned to normal operations.

NASA’s Voyager 2 spacecraft was launched from Earth in 1977, and the vehicle is still making interstellar discoveries 18.5 billion kilometers from our little blue planet. The veteran traveler had an alarming problem closing his scientific tools in late January, but NASA finally gave the good news.

NASA announced on Tuesday that Voyager 2 has returned to its normal operations. “The five scientific vehicles of the spacecraft that have been shut down by the fault protection systems have been reopened and continue to collect scientific data , ” the space agency said.

All right now, baby, it’s all right now! My twin, Voyager 2, is back to normal operations.

The five science instruments turned off by the spacecraft's fault protection routine are back on and returning data. Solid. https://t.co/dZQ9Xydv8Y pic.twitter.com/XF7yy49l9y

Voyager 1 official Twitter account said, “Okay, baby, no problem! My twin Voyager 2 is back to normal operations.” He shared the news in a humorous language.

Voyager 2 has begun to consume more power than it would normally consume because of a problem on January 25 . Then, the vehicle’s automatic protection systems came into play and shut down some of the scientific vehicles of the spacecraft to avoid running out of power completely . This problem put NASA in a difficult situation as it took Voyager 2 17 hours to communicate with the Earth.

Voyager 2 and Voyager 1 still continue their interstellar exploration decades after their launch. NASA’s ability to save a machine that is not even in our solar system is proof of the robustness of the spacecraft.

See What Autoimmune Diseases Are And What Precautions You Should Take