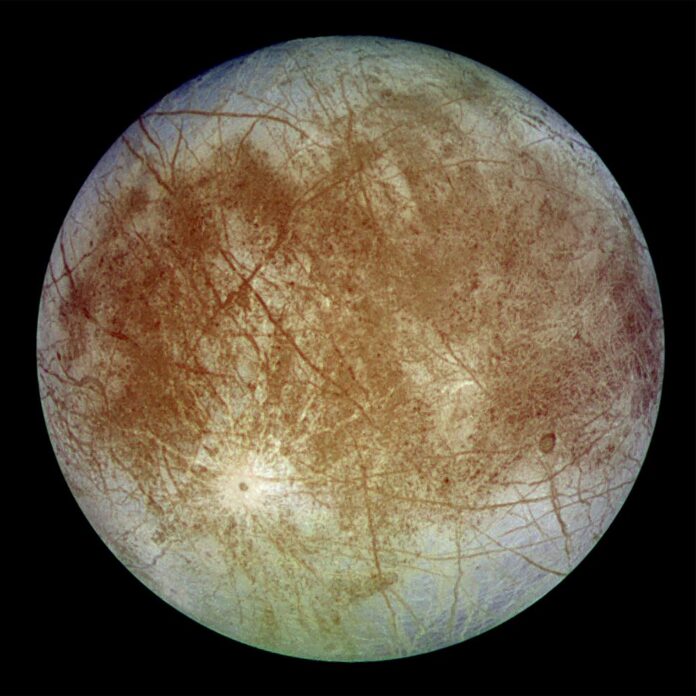 NASA; Galileo published three reworked photographs of Europa, by Jupiter, taken by the spacecraft in 1998. In the images we have the chance to take a closer look at Europa’s surface. NASA will send the spacecraft named ‘Clipper’ to Europa in 2023.

Europa, the satellite of Jupiter, may be one of the rare celestial bodies in the Solar system with traces of life outside the Earth. NASA reprocessed old images that will allow us to take a closer look at Jupiter’s satellite during this preparation period as we prepare to send the vehicle named ‘Clipper’ to Europa covered with ice in 2023. Thus, three photographs taken by the Galileo spacecraft in 1998 once again reveal the fascinating beauty of Europa.

In images that are reprocessed by NASA, Europa’s surface can be seen more clearly. Of course, we cannot see the satellite that flies to Europa’s surface in this way. NASA processed the images to enrich the colors and draw attention to the characteristics of the terrain. While the light blue or white areas in the images are composed of pure ice, there are non-ice materials such as salt in the more red areas.

The breathtaking beauty of Europa:
Scientists are still wondering how Europa’s relatively young surface is formed. The blocks between the lines on the surface move, rotate or become inclined before freezing in their new positions. The Galileo space mission ended in 2003 with the spacecraft entering the atmosphere of Jupiter. With the Clipper mission, it is planned to continue from where Galileo left off. Clipper will also try to find possible traces of life in Europa.

Europa is the smallest of the four satellites orbiting Jupiter. This satellite was discovered by Galileo Galilei in 1610. Satellite life is thought to be possible, as the satellite of the 3,000-kilometer-diameter satellite is covered with ice and is the ocean that covers the entire satellite beneath Europa’s thick ice sheet. In recent discoveries, traces of large lakes were found under the ice layers.

Europa is also the subject of satellite ‘worldization’ designs. The biggest reason for this is the thought that interventions to the glacial oceans and atmosphere may work.

Scientists Working on a Pill to Show Exercise Effect