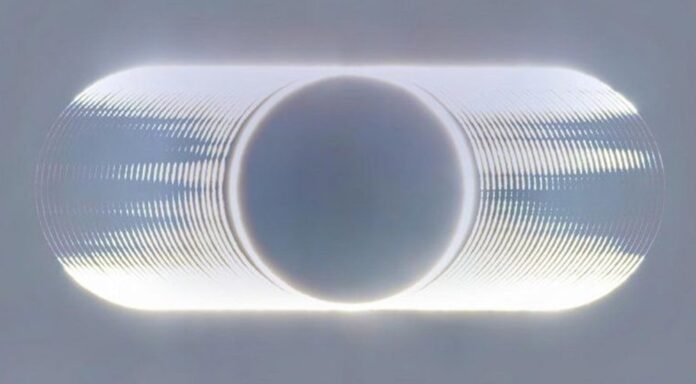 The U.S. National Aeronautics and Space Administration (NASA) released a new photo of the solar eclipse called the “ring of fire” that can be observed from West Africa, the Middle East and Asia on Sunday morning. In NASA’s long exposure-like photo, even the shadows of the mountains of the Moon falling on the surface can be seen during the solar eclipse.

Sun and Moon came to the same position in the morning hours on Sunday, creating a very interesting image. take some photographs of the solar eclipse from Turkey following the partial can be observed as the day we already share with you.

NASA published a new photo of the Solar Eclipse, called the “ring of fire”, in which part of the Sun is seen from behind the Moon. Images from all phases of the solar eclipse are combined in NASA’s long exposure-like photo.

What do the dark lines in NASA’s Solar Eclipse photo mean?

As the Moon continues its movement in front of the Sun, the Sun becomes more visible and only the high hills on the Moon’s surface can partially block the Sunlight. NASA described the dark lines in the photograph taken as shadows of the mountains on the surface of the Moon.

Scientists have announced that the total eclipse of the public is seen just under 90 seconds. People in distant regions along the center line where eclipse can be observed have seen the eclipse of the Sun, but have not been able to see it.

The total eclipse, which lasted a little less than 90 seconds, was seen in different regions one after another for 4 hours. The fact that the weather conditions were suitable enabled many people to see the solar eclipse called the ring of fire.

Perseverance captured the sunset on Mars!