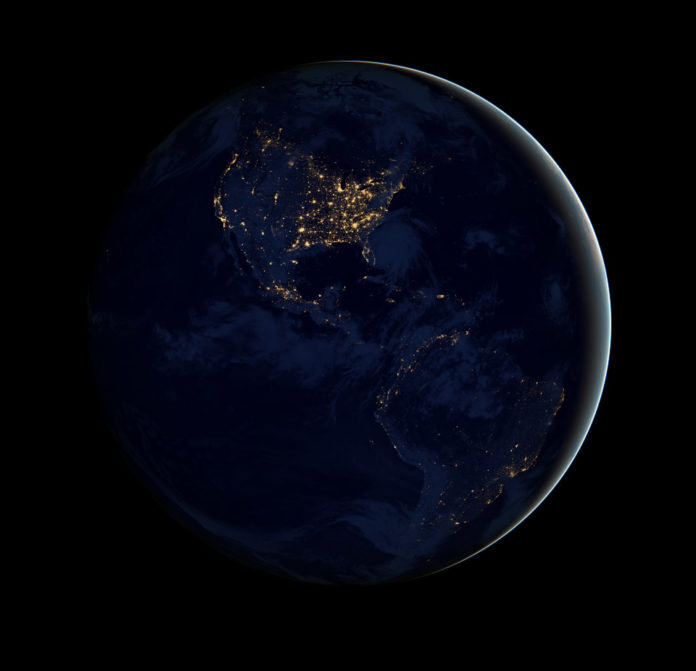 NASA has added another to the wonderful images of our planet captured by satellites. These images, created after intense work, fascinate those who see them. Let’s take a closer look at this wonderful photo and background.

NASA takes pictures of the world from time to time, telling us how our planet looks from space. In this way, we get to know our planet better. Although these photographs or images created seem easy to export, many scientists are working hard on these images and this has many difficulties.

As it is known, on April 22, 1970, many people around the world celebrated the first Earth Day. NASA also published the visuals of the Earth on these special days, allowing us to see the beauty and wonderful details of our planet. One of those images was shared by NASA today.

World photo taken in 2017:
Scientists from NASA are using night-time Earth imagery to provide the clearest view of the image of the distribution of people on our planet. These images offer incredible beauty with glowing lights. The clouds and glitters added for visual improvement are produced thanks to the MODIS device.

Since the launch of NASA’s NPP satellite in 2011, a group of researchers from the Goddard Space Flight Center, led by Miguel Román, have been analyzing night lights data and developing new software and algorithms to present night lights photos more clearly, more accurately.

NASA researchers; It examines the different ways in which light is emitted, scattered and reflected by land, air and sea surface. The main challenge in satellite imaging at night is to take into account the phases of the Moon, which constantly change the amount of light in the world. Likewise, vegetation cover, clouds, snow and ice layer and even air pollution change the amount of light observed in different parts of the world. Being able to present these images correctly is the biggest challenge for the experts.

The Scientist Stealing Battery Technology Secrets From His Company Has Been...