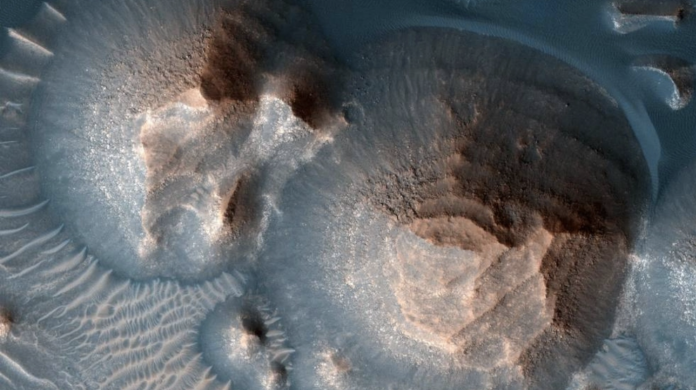 It turns out that the planet Mars once had super explosions. New findings on ancient volcanic eruptions…

NASA has announced that the northern region of the planet Mars once had thousands of “super-explosions” over the course of 500 million years. Some volcanic eruptions are so powerful that they release dust and toxic gases into the air, blocking sunlight and changing the planet’s climate for decades.

Scientists studied the mineral composition and topography of the northern region of Mars, called Arabia Terra. The team confirmed that these ancient volcanic sites were the largest eruptions known to modern science. Although these super-eruptions ended about 4 billion years ago, the findings suggest that Mars was once clearly active.

During these eruptions, which continued regularly for 500 million years and ended about 4 billion years ago, carbon dioxide, water vapor and sulfur dioxide were released into the air. “Each of these eruptions has had a significant climate impact,” said geologist Patrick Whelley of the NASA Goddard Space Flight Center. Perhaps the released gas thickened the atmosphere or blocked the Sun. So it made the planet colder.” said. 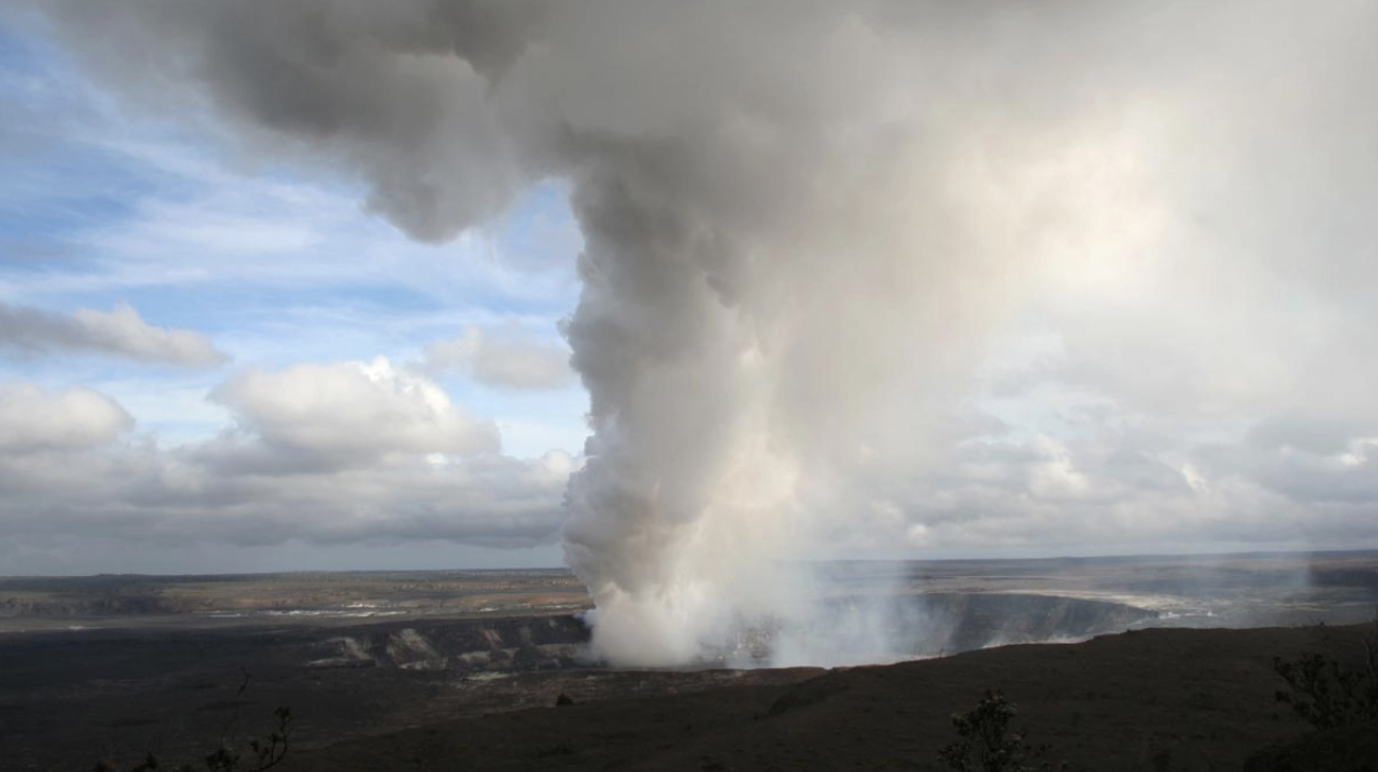 Volcanic rock and gas, the equivalent of 400 million Olympic swimming pools, exploded on the surface of Mars, Interesting Engineering reported. A thick cloud of ash covered the sky thousands of kilometers from the blast site. When the most violent is over, the entire volcanic reaction collapses into a large hole called the “caldera”. Examples exist in active volcanic regions such as Hawaii.

There are seven calderas on Arabia Terra, Mars, indicating the possibility of a super-explosion history. These were thought to be remnants of ancient asteroid impacts on the surface of the Red Planet from billions of years ago. A 2013 study suggested that the basins are indeed volcanic calderas.

In fact, the key lay in the asymmetry of the craters. That’s because it lacked the rounded shape one would expect from cosmic influences, adding to evidence of collapse, such as deep floors and rock groups adjacent to the walls. Researchers say that at this point, the volcanoes are looking for the ash instead of looking for them. 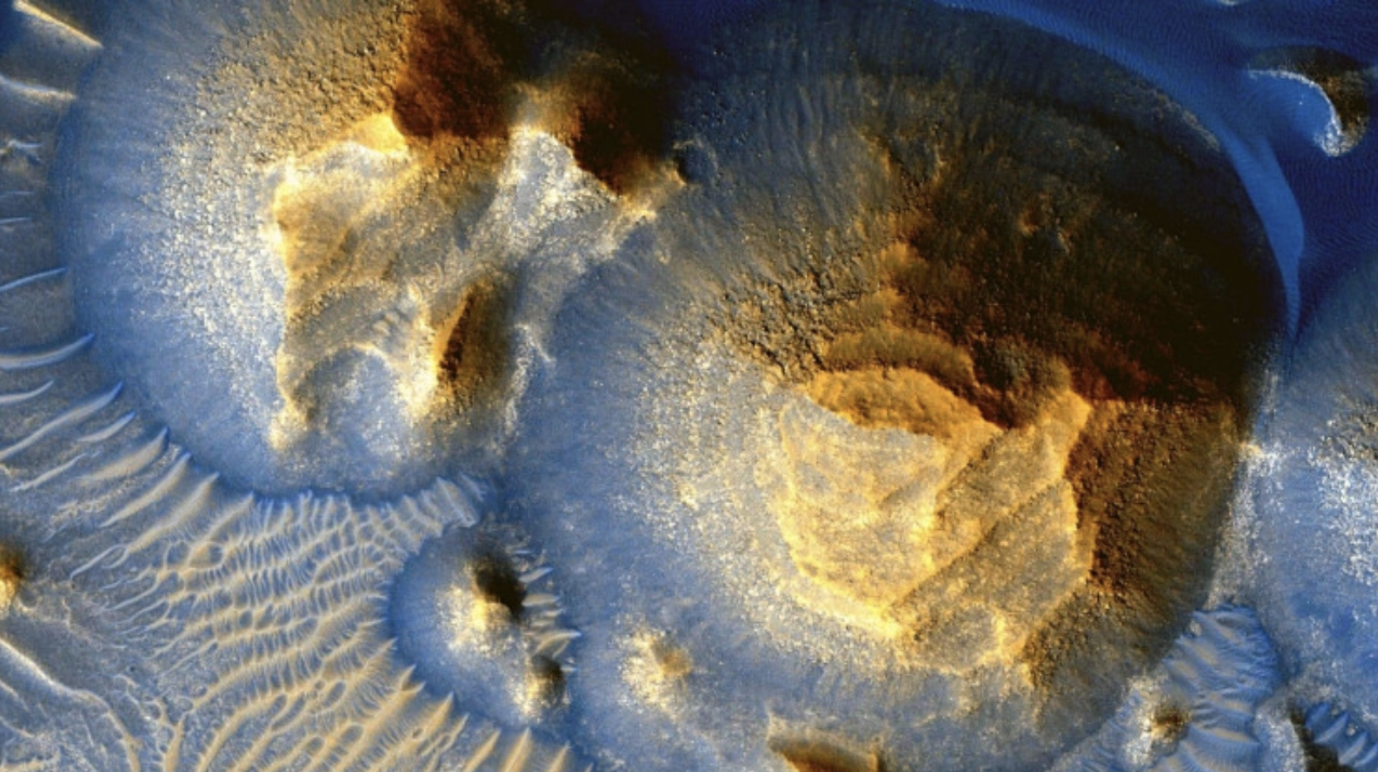 This image shows the craters in Arabia Terra. (Photo: NASA)

Finally, the team analyzed images from the Mars Reconnaissance Orbiter’s (MRO’s) Compact Reconnaissance Imaging Spectrometer to analyze the mineral composition of the Martian surface. They created three-dimensional topographic maps of the Arabia Terra region. The team found that mineral-rich deposits were preserved.

This raises another question, according to the researchers. I mean, how can there be a single type of volcano on a planet that traps an entire region? The world last experienced super explosions that erupted in Sumatra, Indonesia, 76,000 years ago. But his ashes are scattered all over the planet. Superburst clusters also existed on Earth a long time ago. But it may have been physically and chemically eroded or moved to unseen places as the continents shifted.

Scientists Announced The Formula Of The Perfect Snowman