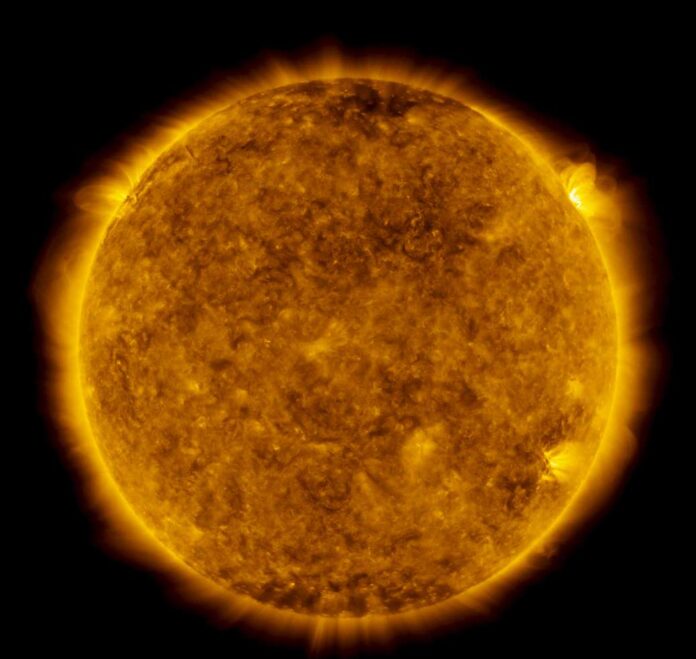 For several months, our Sun has settled in a period of great calm. But on May 29, astronomers operating SDO (Solar Dynamics Observatory) witnessed a solar flare. A class M flare – and more precisely class M1.1 on a scale which goes up to 10 for the second class of the most intense solar flares – which, if it had been oriented towards the Earth, would have been sufficient powerful to cause a brief radio cutoff or magnificent polar auroras.

After several months of very few sunspots and little solar activity, a new cluster of sunspots — not yet visible to Earth — today released the biggest solar flare since 2017. This may be a sign of the Sun's solar cycle ramping up and becoming more active: https://t.co/hRjRDq4Qlk pic.twitter.com/30da7dIi9M

Nothing special. What, however, make it the most powerful solar flare observed since October 2017. It was followed by a class C flare – a less powerful flare, therefore – a few hours later.

These eruptions could be a sign that researchers were waiting for our Sun to finally reach its minimum activity and now enter its cycle 25. But it will take another good six months of observations and counting of sunspots to confirm it. A variation in activity noted for a month is not enough in fact to define an overall trend for a star as variable as the Sun is.

The Smoke Cloud of Australian Fires Will Circle the Earth