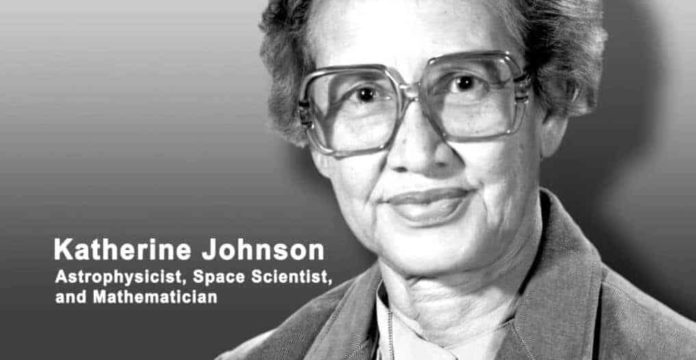 Katherine Johnson, one of the leading women in science, who played an important role in NASA’s space exploration missions, died at the age of 101. Johnson stood out as an iconic figure.

NASA’s famous mathematician, scientist Katherine Johnson, who also inspired the Hidden Figures book and movie, passed away at the age of 101. Johnson was known at NASA for John Glenn’s responsibility for his orbital mission.

Johnson, who is among the idols of many people around the world, especially girls and women who are interested in science, has taken responsibility for many space missions throughout his career and has worked in this field.

We're saddened by the passing of celebrated #HiddenFigures mathematician Katherine Johnson. Today, we celebrate her 101 years of life and honor her legacy of excellence that broke down racial and social barriers: https://t.co/Tl3tsHAfYB pic.twitter.com/dGiGmEVvAW

“Mathematician. Leader. Hero. Katherine Johnson did not only help calculate the trajectories that took Apollo astronauts to the Moon, it was a representative in space programs for women and minorities worldwide. We honor his memory today. ”

Johnson, as a black woman, has been discriminated most of her life. Racism, which continued for a very long time in the USA, almost divided the society into two. Katherine Johnson was one of three people who were chosen to receive the same education as whites after she had studied at schools for blacks.

Johnson then started working at the Langley Laboratory of the U.S. National Aviation Advisory Committee and worked on maneuvering loads on his first mission. The scientist later took part in the orbital calculations of the first space travel when the institution became NASA. Johnson was also on the first American manned spaceflight on Alan Shepard’s Freedom 7 mission.

He was awarded the highest medal:

Katherine Johnson not only helped calculate the trajectories that took our Apollo astronauts to the Moon — she was champion for women and minorities in the space program and the world as a whole. We honor her memory today. https://t.co/kH9qEEvdMY pic.twitter.com/A341ukDFTl

“We’re sorry for the death of the prominent #HiddenFigures mathematician Katherine Johnson. Today, we celebrate her 101 years of life and honor her perfection that ravages racial and social barriers. ”

Johnson also conducted scientific research. A total of 26 articles have been published with the signature of the famous scientist. Johnson, who retired in 1986, was awarded the Presidential Freedom Medal by the President of the USA, Barack Obama, in 2015. This award is known as the highest-level medal awarded to civilians in the USA.

Research Strengthening the Possibility of Coronavirus to Disappear by Warming Up...