Home News NASA: Mars’ secret may be in Lake Salda 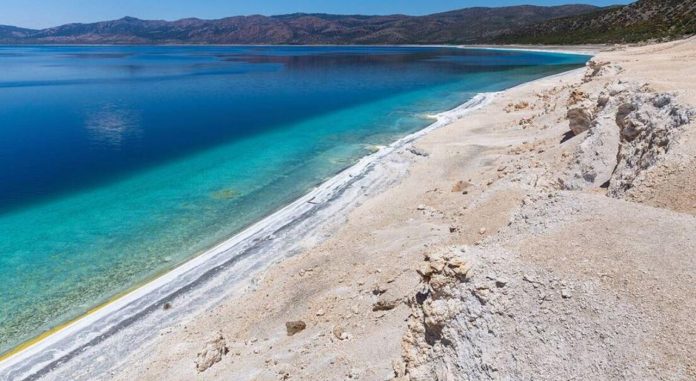 NASA, which landed the Perseverance spacecraft on the planet Mars, compares the signs of life sought on the red planet with the data they collected from the edge of Salda Lake. This phrase, which excites the world, was used by NASA’s deputy director of science.

The mineral and rock structure in the Jezero Crater, where the spacecraft landed, draws attention. As NASA emphasized before, these examples are believed to be identical to those on earth. Located in Salt Lake in the southwest of Turkey, carrying red sediment samples are quite similar to the material found on the planet. For this, the space agency takes advantage of the deposits it receives from Salda while looking for a life trace on Mars.

Salda Lake can brighten the search for life on Mars

The data collected in Salda Lake can shed light on scientists researching fossilized microbial life traces. Thomas Zurbechen, NASA’s deputy director of science, gave an interview to Reuters about this. Authorized Use the following statement in an interview eyes turned to Turkey:

“Salda Lake functions as a powerful analogy from which we can learn and question ourselves.”

Believing that Salda can help us find answers to many issues that we can learn and question, Thomas Zurbuchen; He explained that when evidence is found with the Perseverance vehicle, we will go to Salda and compare the findings. Such a lake with voicing is very happy because we are Swiss astrophysicist, Turkey Mars 2020 is positioning itself at a critical point in the project. Zurbechen says not only the similarities between Lake Salda and Mars are important, but the differences as well.

Scientists are now turning to the Perseverance spacecraft’s collection of findings that can make further comparisons with Lake Salda. Any conclusion from here will be evaluated by the findings in Salda.