Home Science NASA Made A Plan Like A Science Fiction Movie To Get A... 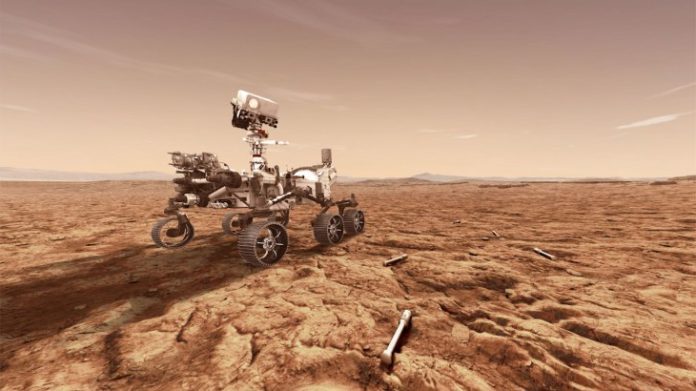 NASA announced its new plan to take samples from the surface of Mars. With the announced plan of NASA, a human-made vehicle from the atmosphere of Mars will have moved to Earth for the first time.

The prominent scientists of the space agency have made a plan that seems to have skyrocketed from science fiction movies to collect samples from the surface of Mars and bring those samples to Earth. The plan, announced in an online meeting, seems rather difficult.

Samples will be collected from the surface of Mars in the coming years
The first part of NASA’s sample collection plan from Mars surface is the Perseverance vehicle, which will conduct research on Mars. The launch of Perseverance will be held in July despite the coronavirus epidemic. The vehicle is expected to be launched from Earth on July 12.

After landing on Mars, Perseverance will collect enough soil and stone samples to fill 30 tubes from the surface of the Red Planet using the drill and earth bucket placed on it. The collected samples will be stored in the Perseverance vehicle.

The vehicle will open its doors for Perseverance and take 30 tubes of soil samples from Perseverance. The vehicle will place the samples it takes in a smaller spacecraft that it brings with it. This little rocket will launch itself from Mars with examples. This will be the first time that a human-made spacecraft has emerged from the Mars atmosphere.

Mars Exploration Program President: Absolutely not a simple task
Commenting on NASA’s plan to take samples from Mars, NASA’s Mars Exploration Program President Jim Watzin said that it was the 21st century’s lack of being able to take samples from Mars. Watzin, however, announced that this task, which is planned to be carried out, is not a simple task.

Considering the difficulties existing for the journey to Mars, this plan really seems quite difficult and complicated. The Perseverance vehicle cannot return soil samples from the orbit of the Red Planet by nature. Therefore, a second spacecraft to land on the surface becomes a need. It seems impossible at this stage to design this second spacecraft to return to Earth after completing its missions on the surface. Therefore, there is a need for a third spacecraft that will return to Earth.

NASA’s plan to bring soil and stone samples from Mars is quite difficult. If we even take it a step further, the plan looks like a scene from science fiction movies. However, it is still not an impossible plan.

Perseverance, one of the spacecraft included in the plan to sample the Red Planet, really exists right now. Other vehicles are only in the lines of the plan. Development of these tools will begin in the coming years.