Home Science NASA Launches DART Vehicle Into Space: The mission That Will Save The... 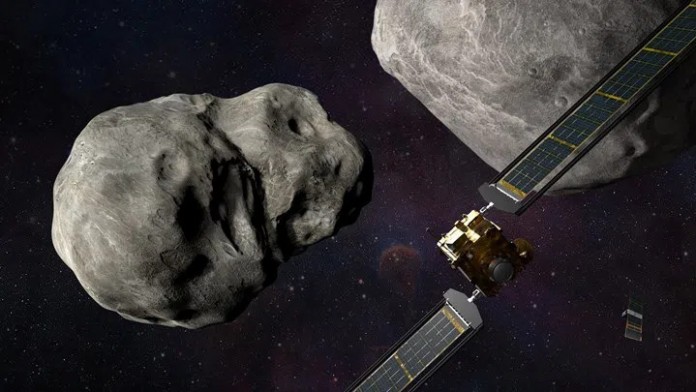 NASA: In the mission launched on Tuesday, the DART (Double Asteroid Redirection Test) vehicle was successfully launched into the depths of space from Vandenberg Cosmodrome in California with SpaceX’s Falcon 9 rocket. Officials stated that the vehicle will hit a meteorite and stated that it will test the technology that will be used against asteroid disasters that may occur in the future.

According to NASA, within the scope of the mission, which does not look like science fiction movies, the DART vehicle will hit an asteroid called Dimorphos, 11 million kilometers away, at a speed of 24,000 kilometers per hour in September 2022, and will try to change the orbit of this asteroid.

In the statements made by experts, it was stated that this asteroid, which is the size of a football field, is in the orbit of a larger meteorite called Didymos and does not pose any threat to the world. It was also among the explanations that this meteorite was chosen because it is very close to the earth, and therefore it can be observed more easily.

Deployment confirmed, @NASA’s DART is on its way to redirect an asteroid pic.twitter.com/UTxkcJFcq0

According to the scientists at NASA, if the DART vehicle, which cost 330 million dollars, is successful, a very important step will be taken in planetary defense technologies and our probability of saving our planet against possible asteroid disasters will increase.